Harvest Seasonal Kitchen is a community-to-table restaurant in Historic Downtown McKinney, Texas. The restaurant was created to connect diners with the local food system. Their seasonal menus are a celebration of local farmers, featuring exceptional products grown close to home. They are committed to strengthening their local community and pushing the bounds of the food movement. 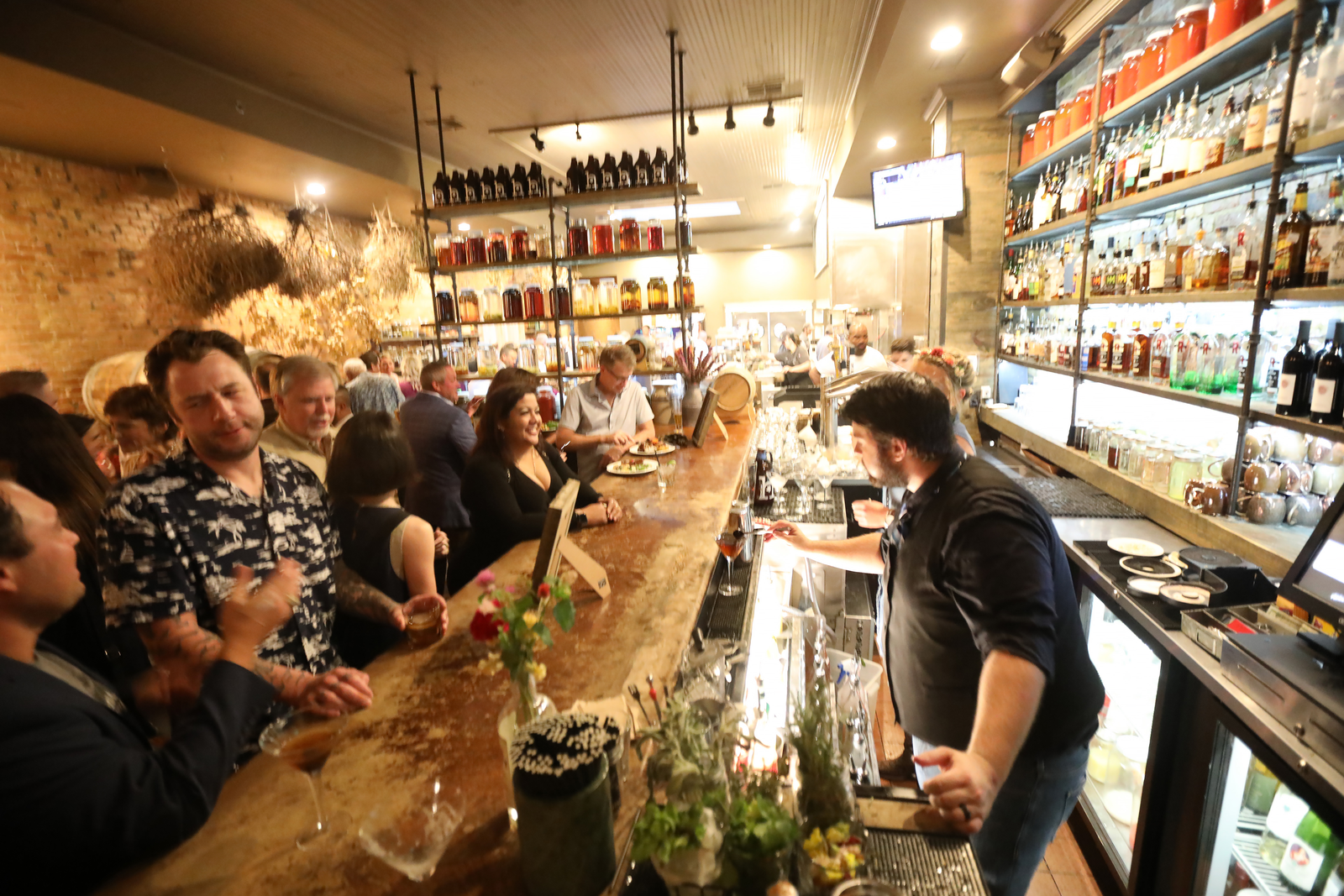 Harvest Seasonal Kitchen was created to connect diners with their vibrant North Texas food community. The objective was not just to serve great food, but to make a long-term impact on the community by supporting the businesses of local farmers, ranchers, and artisans. When a dollar is spent with a locally owned business, 70 cents of it stays in their community, and it is on this principle that the restaurant operates.

Conservation is central to the culture at Harvest. Restaurants typically generate a lot of waste, but Harvest utilizes every piece of the animal or produce. Buying locally lowers their carbon footprint and has a direct positive impact on their local economy.

Harvest also seeks to drive their local farming economy by creating demand for the products that grow well in North Texas. The public looks to chefs and restaurants to set the trends. Chefs want to feature the exceptional products grown by their farmers, make them trendy, and therefore create more demand for them. Their goal is to foster an agricultural community known around the world for excellent products. They want the reputation of their food producers in North Texas to rival anywhere in the world.

Harvest co-owner, Rick Wells, grew up in a small farming community in Oklahoma and now lives on an organic farm in nearby Lucas called Water Boy Farms. The farm is so named because they believe the water boy is the ultimate servant, and that we are servants to the environment and the world we raise our children in. The farm supplies Harvest with flowers, honey, and produce, and was driven as a joint effort by Rick, Toby, Meg, and Andrea (detailed below), and the restaurant employees. Having grown up in the restaurant industry, Rick knew there had to be a better way to operate, one that would not only produce less waste, but consume in a way that benefited the community.

Executive Chef, Andrea Shackelford, is their connection to farmers. Referred to as Texas’ Alice Waters, Shackelford embraces the adaptability of a true farm-to-table chef. While one farmer’s crop may be lost to pests or disease, another’s crop is overly abundant. As a Master Gardener, she empathizes, texts another farmer to get the product she needs, and preserves the abundance for down the road.

General Manager, Toby Thomason, drives the daily commitment to their conservation programs, ensuring procedures are followed and explaining the rationale to staff. Being a Master Naturalist, Toby has a keen eye for opportunities to conserve not only in the restaurant, but also in the environment, where he volunteers with conservation initiatives regularly. Toby created the bar program at Harvest the same way Andrea created the menu, with a focus on using locally grown products and wasting nothing. Toby is the face of their efforts to guests, often having long conversations at the table about their local producers and Foundation initiatives.

Executive Director of the Seed Project Foundation, Megan Neubauer, runs the day-to-day operation of the Foundation and brings the perspective of a farmer. In 2012, Megan left a career in biotech to start a farm in McKinney with her father called Pure Land Farm. In 2017, she noticed a growing demand for opportunities to visit her farm, so they converted the operation to a Pick-Your-Own and now spend their 8-week season educating families about growing food. Pure Land Farm hosted over 5,000 visitors in 2019. 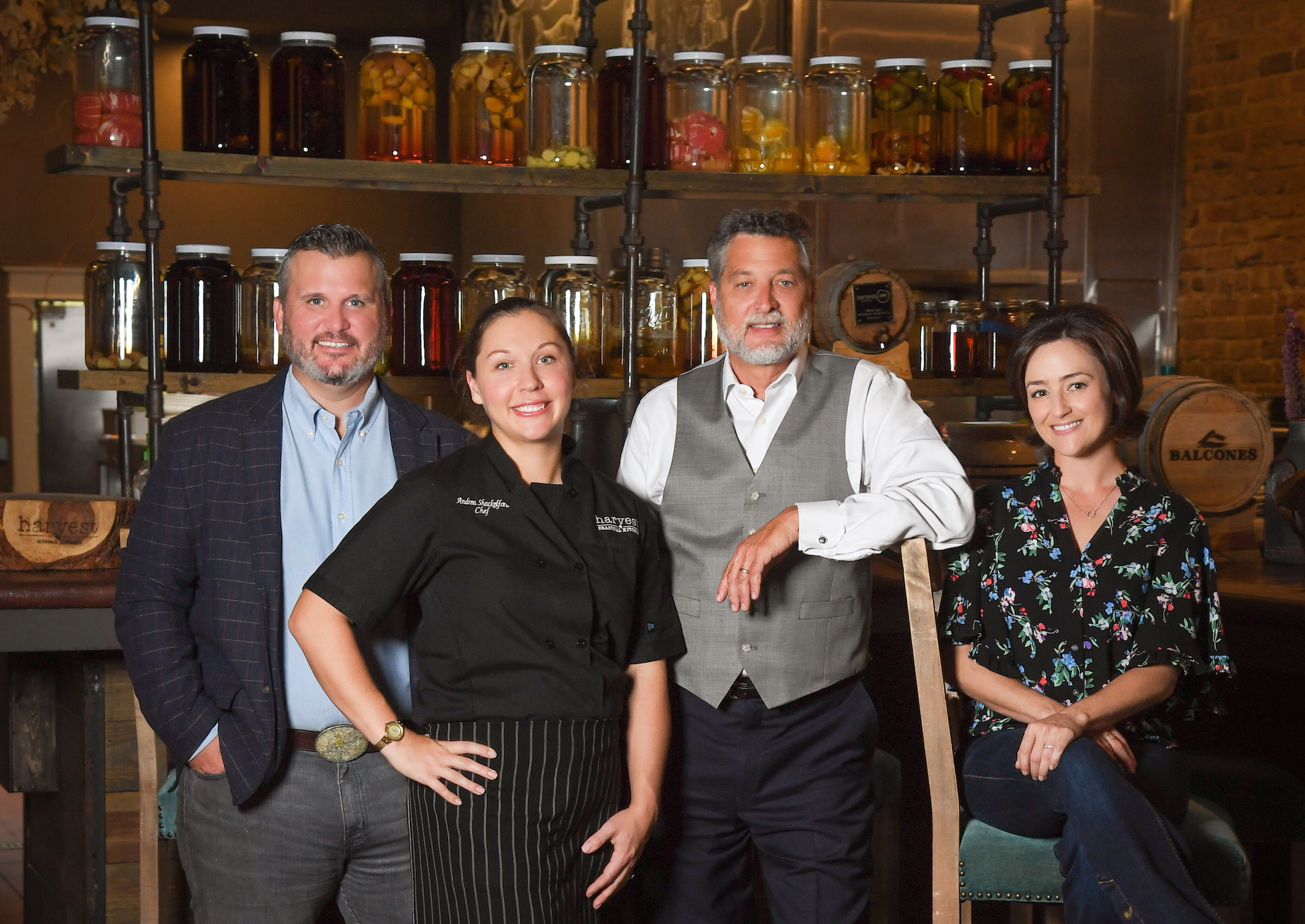 Harvest sources almost all its food—from proteins to produce—within a 250-mile radius, visiting local farmers markets weekly to shop and seek out new farmers. Their menu changes four times a year based on what is seasonally available. This commitment is continued in the bar, which features almost entirely Texas-made liquor and beer. They also have brewed their own beer in the traditional farmhouse style using Texas grain, malt, and honey. The kitchen uses every part of the animals and vegetables they receive, from preserving in jars and dehydrating into powders to making their own sausage and stock. Operating this way not only saves costs and supports the local economy, but also lowers their carbon footprint.

It’s not just the food and drink, either. All flowers for the restaurant are purchased from a nearby flower farm. The tables and booths were crafted by a local artisan, and artistic prints of local farmers adorn the walls. Their farmers are also featured in the restaurant marketing materials handed to each guest with their check, to strengthen the connection between the guest and the farmer. Old paper menus are cut into coasters, the water glasses are made from recycled wine bottles, and the dining napkins are reusable cloth towels laundered in-house. All takeout containers are compostable, and they are using all LED bulbs to light the restaurant.

Through the Seed Project, they have funded the construction or expansion of several school gardens in their county, from elementary schools to high school Future Farmers of America (FFA) programs. The Seed Project has also funded gardening programs for adults with special needs and community gardens that work to improve food access for those in need. In 2017, Harvest raised $40,000 to put towards the capital campaign for Community Garden Kitchen, a McKinney nonprofit with the goal of building a facility to provide meals to anyone in need, no questions asked. In 2019, they issued a $25,000 grant to Family Health Center, a nearby clinic that provides care on a sliding scale regardless of insurance status. They have also funded grants to the Samaritan Inn, their county homeless shelter, and many other nonprofit initiatives in their community. In 2017, they established the Farm Crisis Fund which is dedicated to helping local farmers and ranchers through times of natural disaster or economic crisis. In 2019, Harvest distributed $50,000 in grants through the Seed Project Foundation in 2019 to nine small nonprofit initiatives in the community that support sustainability.

Harvest believes that conservation happens at the local level from the choices made within your community. In the beginning, they believed that most of their impact would be made by the purchases from the kitchen and bar, but they quickly realized the much greater opportunity to make a powerful change in their community was in bringing like-minded individuals together in the restaurant and exposing them to their mission. This realization led to Harvest’s Seed Project Foundation, which funds educational, agricultural, and community initiatives that support sustainability. Harvest also hosts three Farm-to-Table Symposiums every year, each of which brings together over a hundred local farmers, ranchers, artisans, chefs, restauranteurs, and local food advocates.

Harvest believes they can change the way people eat, think, and live by using their platform to bring guests into their mission. By doing this, they are strengthening the bonds between agriculture, education, and the community to create a more sustainable future.

Harvest chose Texas as its home-base because the state has one of the strongest economies in the country and leads the nation in the number of farms. Specifically, Collin County, the region in which Harvest is located, is one of the only counties in Texas that observed an increase in the number of farms in the last census. The rich, dark soil of the Blackland Prairie is an excellent medium for a wide variety of agricultural products. Harvest believes they can create a national and eventually a global market for these products by exposing and publicizing them through the restaurant.

Harvest chose North Texas because McKinney consistently places high on lists of the Best Places to Live in America due to their vibrant downtown, excellent schools, and thriving job market. Further, Collin County is among the fastest-growing areas in the nation. Harvest believes that the region is fertile ground for a true movement to take place and for McKinney to become a model of how you can create a thriving community by supporting locally owned businesses. 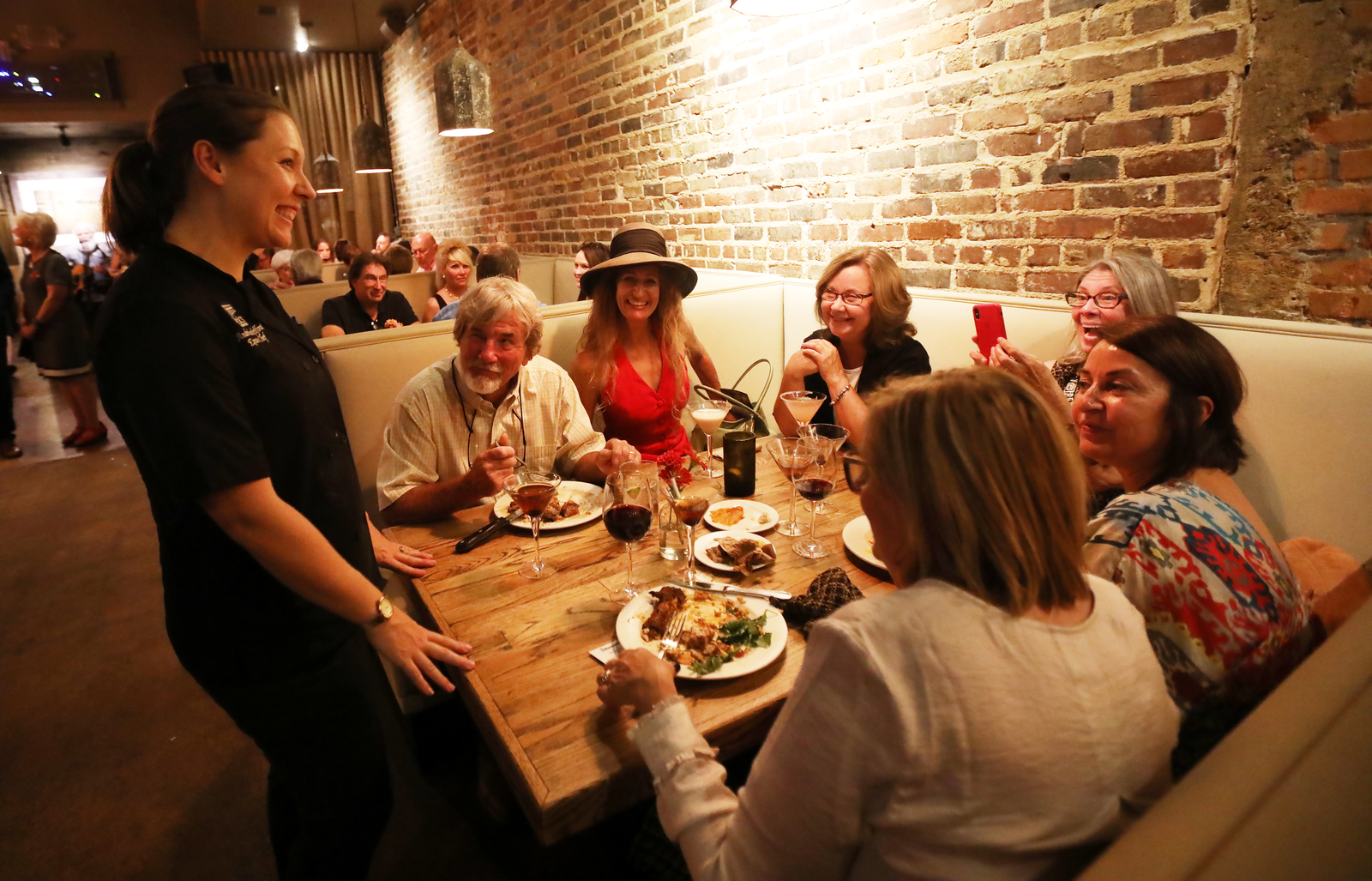 Support local initiatives working to increase access to food, employment, and health care for those in need

100% of the animals and vegetables in production utilized