Dallas Fort Worth International Airport (DFW) is located in the Dallas-Fort Worth metroplex and is the primary international airport in the area. Spanning 17,207 acres, it is the second largest airport in the U.S. by land area, boasting its own zip code and city designation (DFW Airport, TX). It is the fourth busiest airport by aircraft movements and the fifteenth busiest by passenger traffic. Impressively, DFW passengers can choose between 191 domestic and 67 international nonstop destinations worldwide. In surpassing 200 destinations, DFW joined a small group of airports worldwide with that distinction. Partner airlines now operate more than 1,800 flights per day at DFW, which is equivalent to an average of more than 189,000 customers traveling through DFW each day, or nearly 73.3 million customers per year. DFW’s annual impact to the local Texas economy is estimated to be $37 billion. Despite its size, DFW has managed to become the first airport in North America to achieve carbon neutral status. 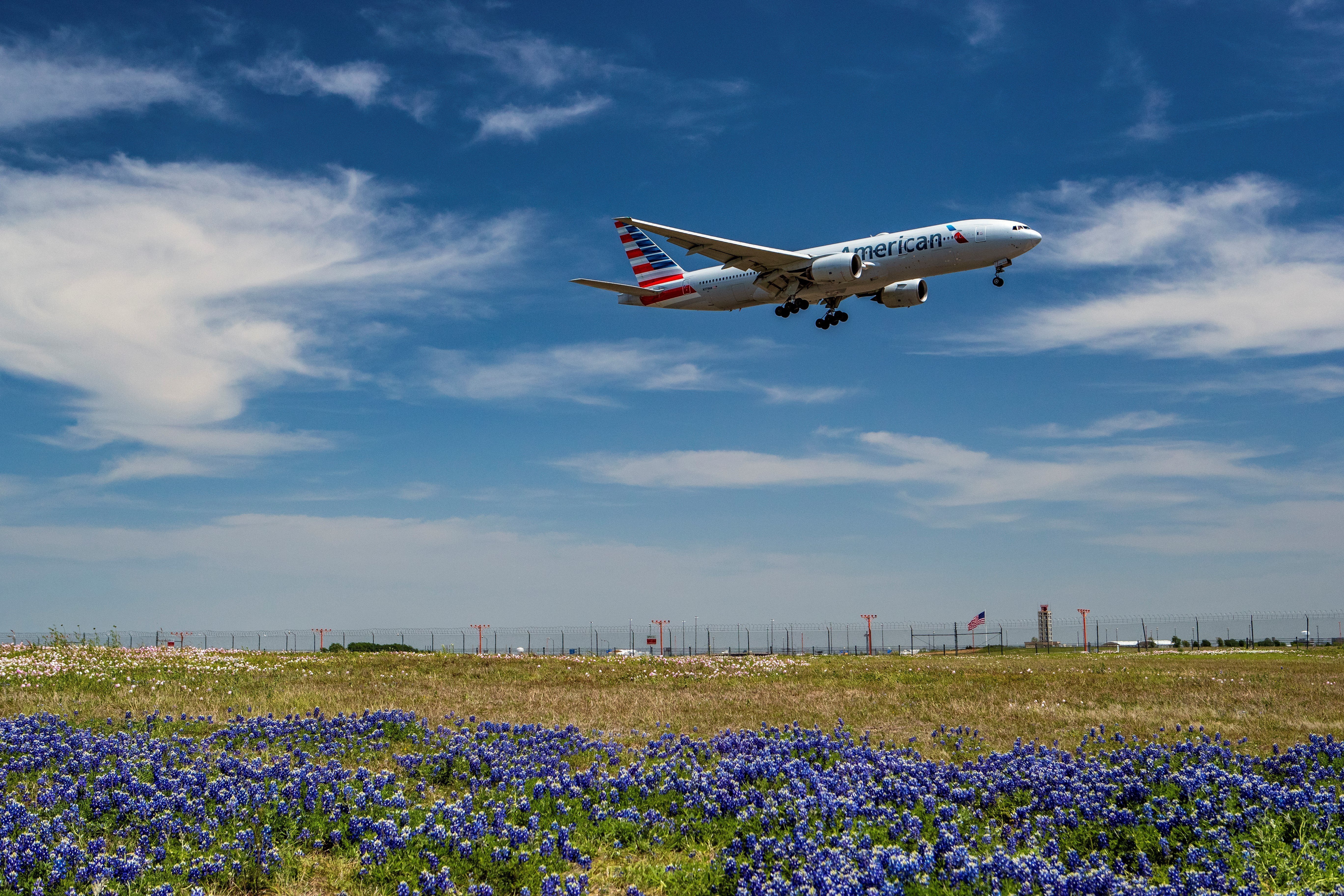 DFW defines conservation as the “sustainable management of natural resources, ensuring responsible use in the present and protection for the future”. Their philosophy and approach to conservation is based on the United Nation’s concept of sustainable development, defined as “development that meets the needs of present without compromising the ability of future generations to meet their own needs.”

DFW believes the need for conservation and sustainable resource management is driven by growth, both in their region and industry. For the past two years, the Dallas-Fort Worth-Arlington metropolitan area has been ranked by the U.S. Census Bureau as the fastest growing metro area in the country. The population of 7.5 million is projected to surpass 13 million by 2050. The aviation sector is also booming, with global travel nearly doubling every 15-20 years. In 2018, DFW International saw 69 million people pass through its terminals and expects to serve more than 73 million by the end of 2019. Such rapid community growth creates more intense competition for both natural and physical resources.

Looking ahead, DFW recognizes resource consumption cannot continue to increase at the current pace of population and passenger growth. This path would lead to rising costs, increased congestion, environmental degradation, and negative customer experiences. As DFW prepares to build a sixth terminal, it insists on maintaining the Airport’s “license to grow” by decoupling growth from negative impacts and natural resource depletion. Growing responsibly is therefore a business imperative for the airport, requiring implementation of conservation practices to demonstrate commitment to its community and the environment.

Beyond conservation and sustainable resource management, DFW also invests into its staff and the community. Fiscal year 2018 was the first full year of its employee volunteer program, DFW CARES. Employees closed out the year with more than 5,000 hours of volunteered service and the airport had  more than 96% participation in its  employee wellness program. DFW also gives back to the community with its business diversity and development programs. These programs are available for disadvantaged, small, minority and women-owned businesses. In fiscal year 2018, DFW spent more than $150 million with these businesses and an additional $155 million with Airport Concessions Disadvantaged Business Enterprises.

DFW Airport believes that true conservation can only be achieved through collaborative partnership. To achieve its sustainability initiatives, DFW works with a diverse group of internal and external partners. DFW Airport began working on sustainable solutions more than a decade ago and has played an integral role in advancing resource conservation at the airport. One example of our early success includes our Energy, Transportation, and Asset Management (ETAM) department which transitioned from the role of an early adopter of resource conservation solutions to an organizational champion for energy efficiency and advocate for conservation.

When the airport proposed the ambitious goal of reducing carbon emissions at DFW, ETAM supported the project to transition the facility’s compressed natural gas (CNG) vehicle fleet to renewable natural gas (RNG). RNG is fully interchangeable with conventional CNG but is produced from a renewable source – in DFW’s case, methane captured at local landfills – rather than a fossil source. Capture and combustion of this methane, which otherwise would be released to the atmosphere, results in lifecycle emissions reductions. The conversion to RNG has saved the airport approximately $1 million in annual operations and maintenance (O&M) costs and generates revenue from the sale of renewable fuel credits (“RINs”).

In addition to enabling the use of RNG, ETAM has led the airport’s transition to LED lighting.  Recent success includes a terminal ramp lighting project that will reduce electricity consumption by 4.4 million kilowatt-hours1 (kWh) per year; thisproject will save the Airport an estimated $250,000 in annual costs. Overall, DFW has established a successful model of partnering with internal and external stakeholders to address local air quality concerns, improve energy efficiency, and reduce O&M costs.

DFW has implemented innovative programs that promote active, ongoing conversations about balancing environmental and business interests to reduce impact on both the region and the world. Their programs to reduce emissions and grow sustainably have inspired notable results. Since 2010, DFW has achieved an 83% reduction in carbon emissions per passenger and an overall 32% reduction in electricity costs, while passenger totals increased 29% over the same period. In 2019, the Airport achieved a 6.6% reduction in carbon emissions per passenger, with a cumulative 23% reduction between 2015 and 2019.

The airport purchases 100% of its electricity from renewable sources—specifically, Texas wind farms. In 2019, 36% of DFW’s transportation fleet’s fuel consumption was from renewable natural gas (RNG). The use of reclaimed water for irrigation has reduced potable water use by more than 100 million gallons per year since the baseline in 2010. In addition to all of this, DFW has achieved 99% diversion rate of construction materials associated with the Runway 17C rehabilitation project in 2019, positively contributing to the airport’s zero waste goal.

DFW is partnering with the National Renewable Energy Laboratory and Oak Ridge National Laboratory on a project to improve passenger and freight mobility and reduce congestion. The project, Athena, is funded by a $5 million award from the U.S. Department of Energy. Athena is a three-year study utilizing high-performance computing to analyze and model the movement of people and freight at transportation hubs.

As the DFW metropolitan area continues to grow, competition for resources will increase, thus making conservation an immediate imperative. Congestion of roadways is a prime example. The DFW metropolitan area is designated as “Serious” nonattainment for ozone, meaning that the region does not currently meet healthy air quality standards as defined by the EPA. On-road vehicles and the congestion they cause represent more than half of ozone precursor emissions in the area.  To curb this, Athena is developing actionable solutions that will reduce congestion, improve air quality, conserve energy, maximize productivity, and guide infrastructure investments. Athena is developing a model to improve business performance and stimulate the local economy, while simultaneously reducing their environmental footprint.

By providing a pathway to decouple energy use and population growth, the Athena project will support their goal of achieving a 50% improvement in energy productivity by 2050 (i.e., moving more people with less energy). In addition to yielding energy efficiency benefits, the Athena project will establish a planning and decision support framework, facilitating the region’s ability to provide access to reliable, connected, and affordable mobility.

The United Nations projects that by 2050, almost 70% of the world’s population will be concentrated in urban areas like the DFW metroplex. As such, the role of ports in connecting people and goods across the globe becomes more critical. Addressing faster rates of resource consumption will be a global challenge, underscoring the need for long-term conservation strategies that will change the current trajectory of environmental degradation.

Becoming the first airport in North America to achieve carbon neutral status proved that their blueprint to reduce emissions, lower operating costs, and drive economic value was successful and good for business. This success gives DFW a platform and responsibility to tackle more complex challenges, such as the mitigation of long-term impacts of urbanization and the degradation of the full environmental ecosystem.

The future of conservation will require a data-driven, coordinated, integrated “ecosystem approach” to business. Evaluating impacts of development requires an awareness of the interdependent relationships between the different parts of an ecosystem.  There is an exciting, clean and digital technology revolution that will provide great tools to help integrate the ecosystem and allow DFW Airport to transform from reactive to proactive decision-making. This transformation will increase its efficiency and reduce its environmental footprint in the process.

DFW believes that “everything’s bigger in Texas” rings true for its business.  DFW is the third largest airport in the world by land area and the fourth busiest for flights! DFW has transformed into a global mega-hub connecting 67 international destinations and is influential on the world landscape. DFW has a significant impact on corporations and business leaders who choose to headquarter their businesses in North Texas, many in large part because of the airport and the connection it provides to the rest of the world.  As DFW takes a closer look at the region’s flourishing economy, DFW recognizes its instrumental hand in fostering that growth as it is (as) a huge asset to companies considering doing business in North Texas.

DFW’s local leadership (including the mayors of Dallas and Fort Worth, both of whom sit on their Executive Board of Directors), the community, and its business partners all champion DFW on a global platform and support its commitment to growing responsibly – making Texas the perfect home for DFW. 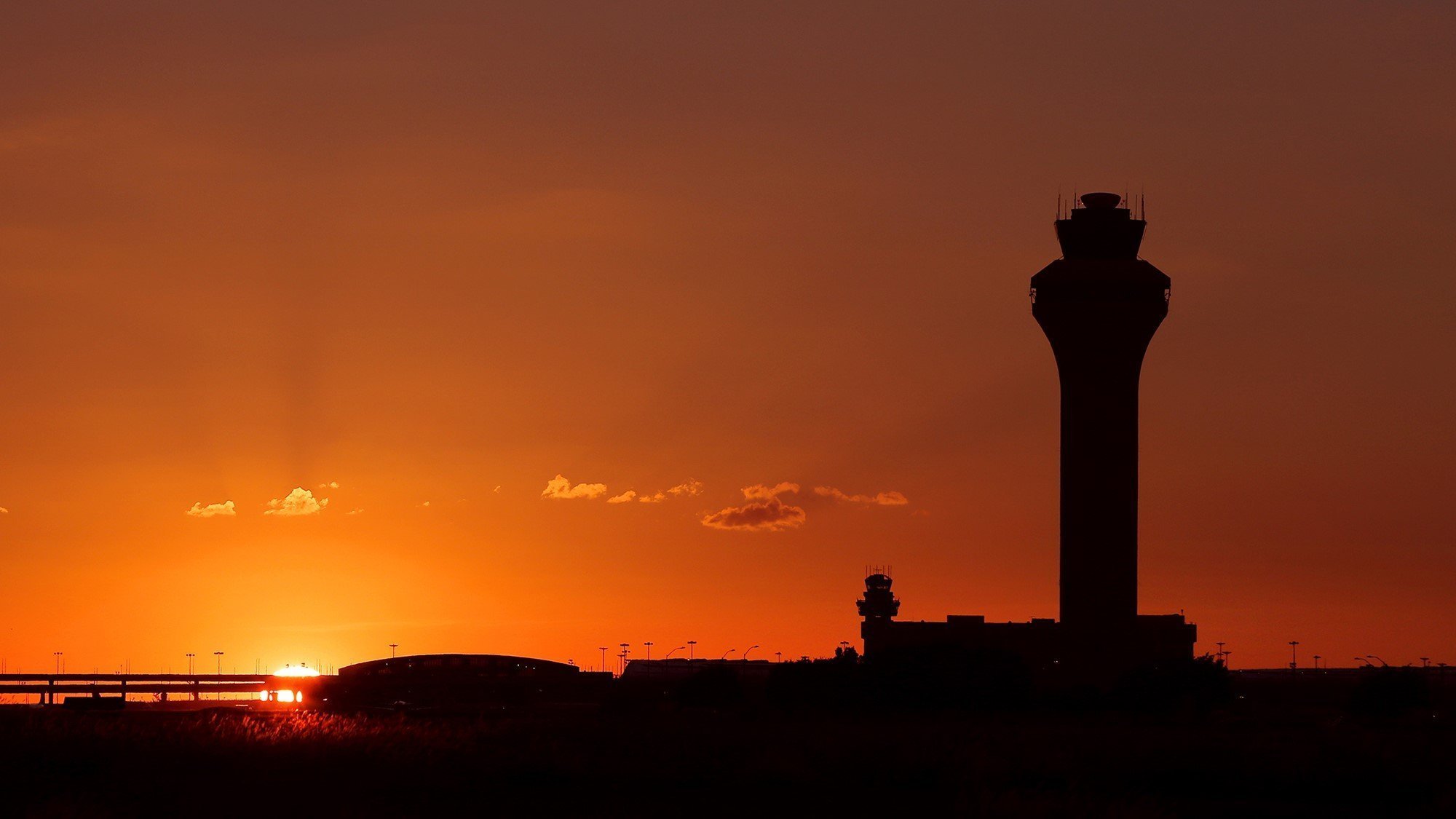 1 Kilowatt-hours is the measure of electrical energy equivalent to a power consumption of 1,000 watts for 1 hour.

100% of DFW’s electricity is from renewable sources—specifically, Texas wind farms