Company Overview: Apache Corporation is as an energy company based in Houston, Texas that engages in the exploration, development, and production of natural gas, crude oil, and natural gas liquids. In total, Apache has approximately 3,000 employees and has operations in the US, UK, Egypt, and Suriname. Outside of oil and gas, Apache Corporation strives to give back to the planet in the form of implementing dark skies friendly lighting, reducing emissions, and habitat restoration in Texas and beyond. 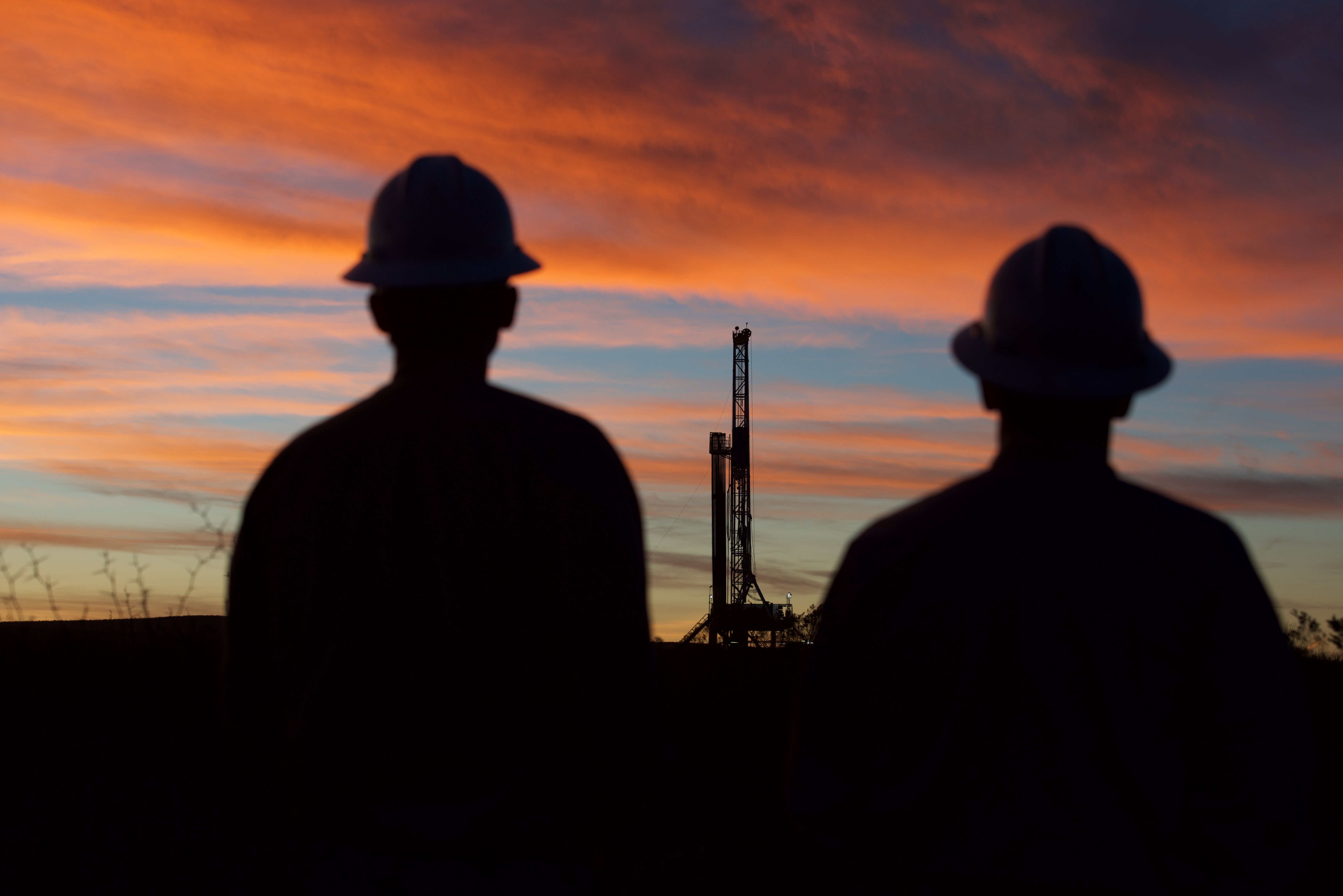 As energy production in the Lone Star State climbs to new heights, Apache Corporation has worked to demonstrate that energy development and environmental stewardship go hand in hand.

In West Texas, Apache Corporation has developed and used new approaches to thoughtful and responsible energy development. Protecting the environment is part of the company’s mission and core values that guide the Apache Corporation’s daily operations.

In 2016, Apache Corporation announced the discovery of Alpine High, a new resource play in Reeves County, Texas. From the start, the company developed a region-specific approach to understanding baseline environmental conditions at their new operations– including soil, water, air, dark skies, and local geology. Further, they invested in the social aspects of development like traffic and infrastructure challenges, cultural resources, and community priorities. For example, in 2018, Apache Corporation voluntarily contributed $3.3 million to pay for repairs on nearly 28 miles of roadway in Reeves County.

This work informed the company’s operational plan and the development of specific best management practices for site selections, field operations, water and waste management, transportation, and even the lighting used at field sites.

Apache Corporation strives to harness the innovative spirit of its team in tandem with the state’s top-level research institutions to develop new, industry-leading methods for environmental stewardship. The company embraces and drives innovation throughout their organization, exhibited by the 16 active patents held by their employees in areas such as seismic testing, basin modeling, reservoir engineering, petrophysics, drilling, and completions.

Beyond the innovative approaches they worked to develop in-house, they reached out to others to better inform their work. Through collaborations with academic institutions, Apache Corporation was able to better understand the region’s unique hydrogeology and how to best protect water resources. Also, by working with the McDonald Observatory, located in Fort Davis, the company developed a specific lighting plan to limit light pollution coming from Apache Corporation operations.

Apache Corporation began working with the McDonald Observatory to ensure that its field locations and even temporary operations, such as drilling rigs, are dark skies friendly. Company executives visited the Observatory in the Fall of 2016 to learn more about the research being conducted there and steps they could take to protect the dark skies at their operations, and hosted educational briefings for Observatory staff in Midland, Pecos, San Antonio, and Houston. The company continues to regularly host Observatory staff at field facilities to evaluate the effectiveness of measures taken and train on-site staff.

Apache Corporation now conducts a weekly audit of more than 1,500 light sources and continuously looks for ways to improve lighting at their operations and help spread the word to others in the area. As part of this effort, the company – in partnership with Observatory staff – created an educational video that is being used for training and education efforts (link to video).

In 2019, Apache Corporation provided a grant to the Observatory in support of their dark-sky education efforts. The funding will support additional staff to enhance engagement with local businesses and citizens, educational materials and events, and a new educational exhibit on dark sky preservation. 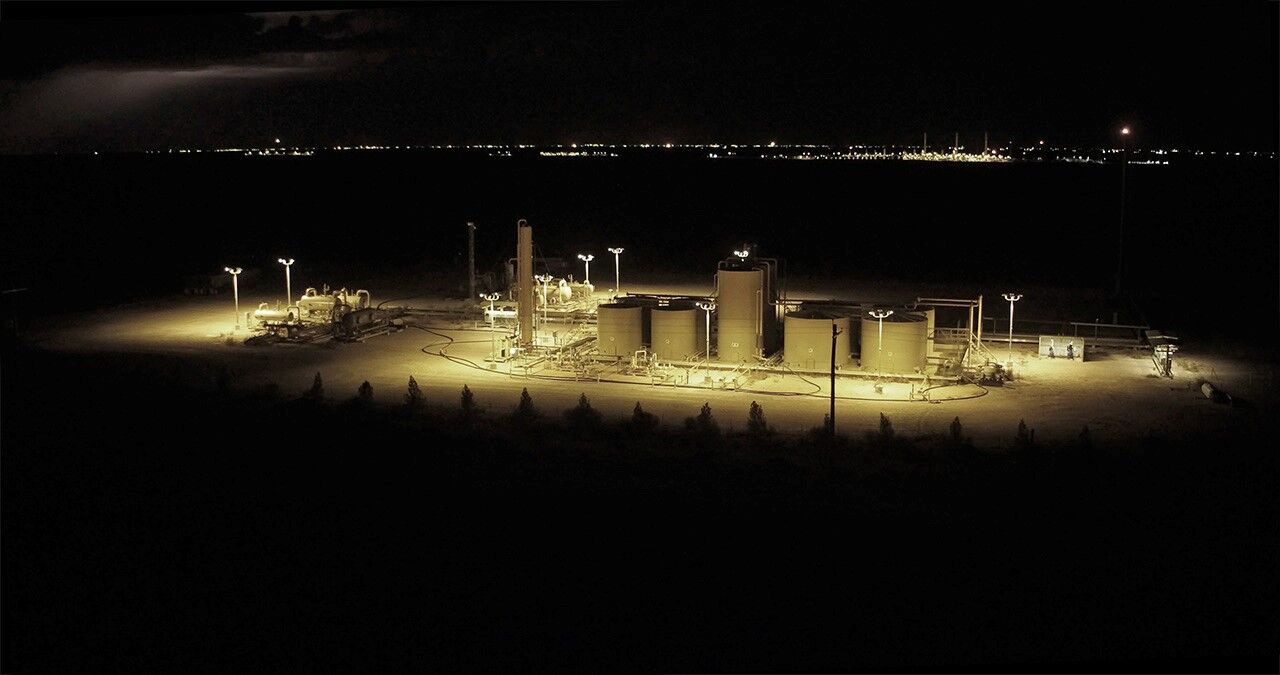 Apache Corporation is an industry leader in the use of alternative water sources and recycling to minimize the use of freshwater in energy development. For example, Apache Corporation has built seven water recycling facilities in the Alpine High region to support its operations. As of July 2019, approximately 99% of the water used for drilling and completions in the region was recycled or non-potable water, significantly reducing the need for wastewater disposal.

Apache Corporation was one of the first exploration and development companies in Texas to use non-potable water (e.g. brackish water, treated municipal wastewater, produced water) in well completions. Brackish water use, coupled with the water recycling program, brings numerous benefits. By using a brackish source to meet operational water needs, Apache Corporation relies less on potable water – which is also used for households and agriculture – and by recycling water, they minimize additional withdrawals and the amount of water that must be transported by truck.

Apache Corporation was also one of the first oil and gas companies to implement an on-site water-recycling program with its Barnhart development in the Wolfcamp Shale of West Texas. They developed an approach that allowed them to use brackish water from the Santa Rosa sandstone in the Dockum aquifer, and while the natural water chemistry presented hurdles to direct use, an efficient and effective treatment system was developed to address this challenge.

Further east, Apache Corporation worked with the City of College Station and the Texas Commission on Environmental Quality to utilize the city’s treated municipal wastewater in its operations.

For more than a decade, Apache Corporation has been donating trees to a wide variety of nonprofit and governmental organizations in the United States, including cities, counties, schools, parks, universities, youth associations, wildlife refuges, and community groups. This program has donated more than 4 million trees across 17 states.

Apache Corporation kicked off the 2017–2018 planting season by awarding more than 288,000 trees to 48 nonprofits. Due in large part to their tree program, Apache Corporation was recognized as the 2016 Conservationist of the Year at the Louisiana Governor’s State Conservation Achievement Awards in recognition of their consistent support of bottomland hardwood habitat restoration in the state.

Other Apache Corporation-sponsored projects have included the planting of more than 600,000 pine tree seedlings to restore and reforest the 3,700-acre Bastrop State Park in Bastrop, Texas and the planting of 68,000 saplings on 352 acres of Santa Fe National Forest in New Mexico after both protected areas had been previously decimated by wildfires. They also integrated their tree planting program at the Alpine High and their corporate headquarters city of Houston, which lost millions of trees due to drought and hurricane damage. 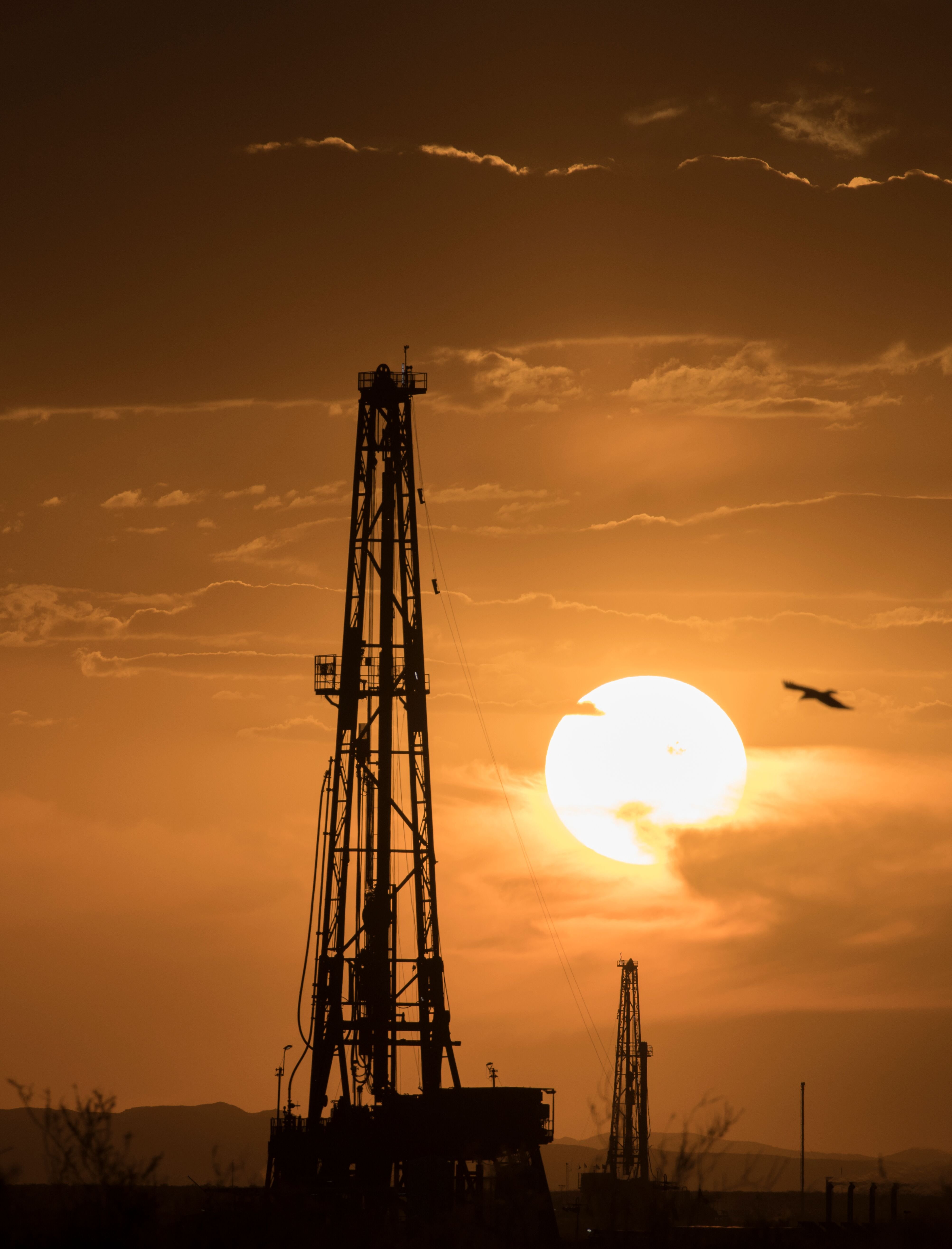 In partnership, Apache and Texas Parks and Wildlife Foundation (TPWF) raised $2 million for Balmorhea State Park pool repairs. Balmorhea State Park and its famous spring-fed swimming hole in Toyahvale, Texas are a desert oasis enjoyed by Texans across the state. The Civilian Conservation Corps structure was built in the mid-1930s and is the world’s largest spring-fed swimming pool at 1.3- acres in size and up to 25 feet deep. The pool holds 3.5 million gallons of water, and the water temperature stays at 72 to 76 degrees year-round. More than 15 million gallons of water flow through the pool each day, gushing from the San Solomon Springs. The pool is home to numerous aquatic species, including two small, endangered desert fish – the Pecos Gambusia and Comanche Springs Pupfish. Further, Apache Corporation donated $300,000 to the Balmorhea school system for infrastructure upgrades, technology updates, and other special projects.

Apache Corporation chose Texas as its home base because of its natural resources and economic strength. From grasslands and rolling sandhills, to desert valleys and wooded mountains, the Texas landscape is as rich in beauty as it is in natural resources. Home to the oil and gas-producing Permian Basin in West Texas, the Eagle Ford Shale in South Texas, and other prolific shale plays, Texas is known for its world-class energy resources. These resources benefit just about every Texan through funding for schools, jobs, economic strength, and affordable, reliable energy. For example, in 2017, Apache Corporation paid nearly $34 million in local property taxes, which helped to fund school districts, cities, counties, hospital districts, community colleges, among other entities.

Every generation has to develop new ways to meet the needs of the day while being good stewards of our resources of the future. Texas’ oil and gas industry, through companies like Apache Corporation, are demonstrating that energy development and conservation can be synonymous. With world-class natural resources, a highly skilled workforce, and a great quality of life, there’s no place like home for Texas-based Apache Corporation. 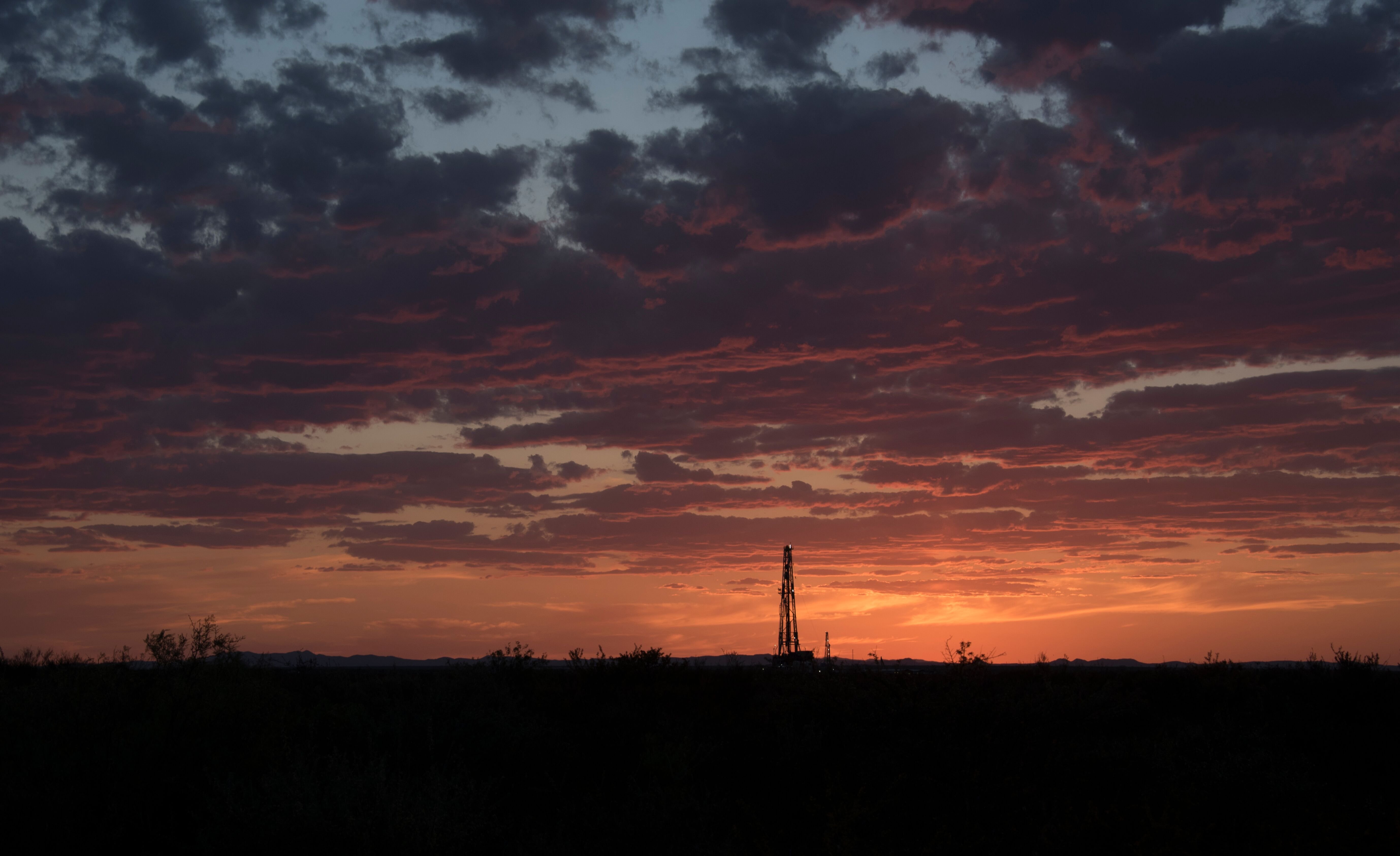