The Austin Convention Center (ACC) is a certified venue and event space located in the heart of Austin, Texas. Based centrally in downtown, it is amongst a high density of hotels with 11,000 guest rooms and hosting roughly 500,000 guests throughout the year. The Austin Convention Center is focused on positively impacting their community in all that they do, including how they interact with and affect the environment. Over the years, ACC’s team has implemented initiatives and practices to reduce the venue’s impact on the environment. This work has enhanced their efforts in energy conservation, waste diversion, and created new opportunities for efficient and sustainable processes. 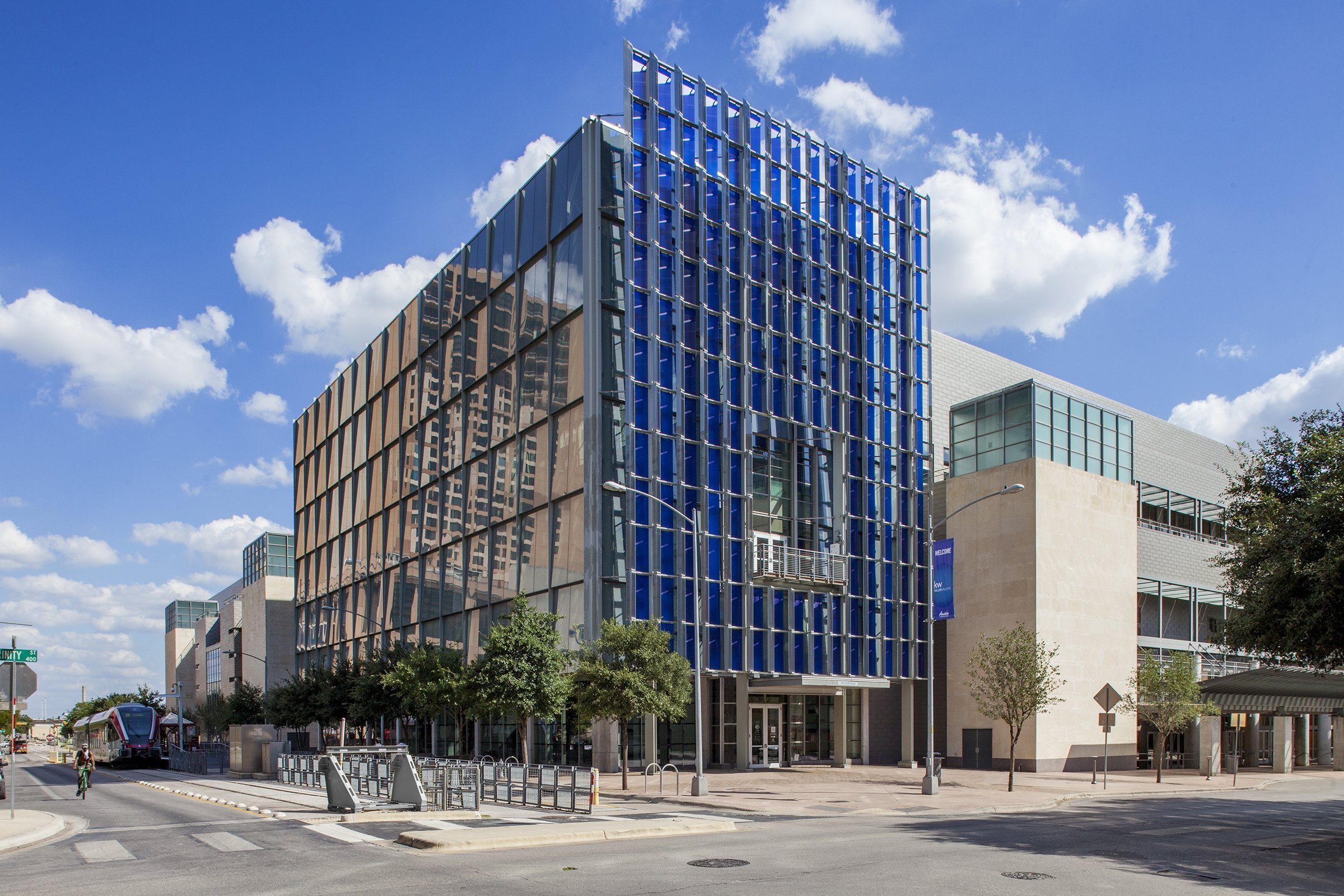 Austin Convention Center’s staff, like the personnel that oversee HVAC1 and electric maintenance, are largely responsible for helping the facility reduce total energy consumption. They do this by ensuring that major sources of electric consumption such as lighting, escalators, and HVAC are only minimally used during times of move-in and move-out, or when there are no events in the facility. Over the years, the lights and fixtures have been upgraded to LED from HID, incandescent, fluorescent, and compact fluorescent. On top of this, HVAC systems are proactively maintained by using MERV 142 air filters and insuring VAVs3 are operating properly.  All these activities have allowed the convention center to use less energy on average than most facilities locally (as shown by their LEED®4 Arc performance score).

One of Austin Convention Center’s longest ongoing conservation efforts is their waste diversion program. This program is the most difficult to maintain, as it requires constant diligence by a small number of people to ensure that items that can be reused, recycled, or composted are diverted from the landfill stream and directed to either auction, taken to State Surplus, or to Goodwill. Items are also diverted to be recycled through City of Austin single-stream recycling, Austin Metal and Iron, or to be composted at Organics by Gosh or Texas Disposal Systems.  While diverting items on the front end means that everyone should be responsible for ensuring items are diverted properly, in the end it often comes down to a handful of people at the back trying to ensure that items are diverted correctly and promptly. They consistently divert over 50% of waste generated in their facility from landfills through the program.

Beyond waste diversion, Austin Convention Center also makes their facilities energy efficient. In November 2011, the Austin Convention Center became LEED® Gold-certified as an “Existing Building in Operations and Maintenance.” They also have been recertified annually since 2016 as “LEED® Gold – Existing Buildings Operations and Maintenance” using the LEED® Arc performance platform. The venue is also powered by 100% renewable energy. Over the past ten years, they have consistently maintained a 30% or higher reduction in energy, water, and natural gas usage. Impressively, the Austin Convention Center maintained a carbon-neutral status from 2013-2017. They will purchase offsets for 2018 and 2019 to maintain their status by the end of 2020. 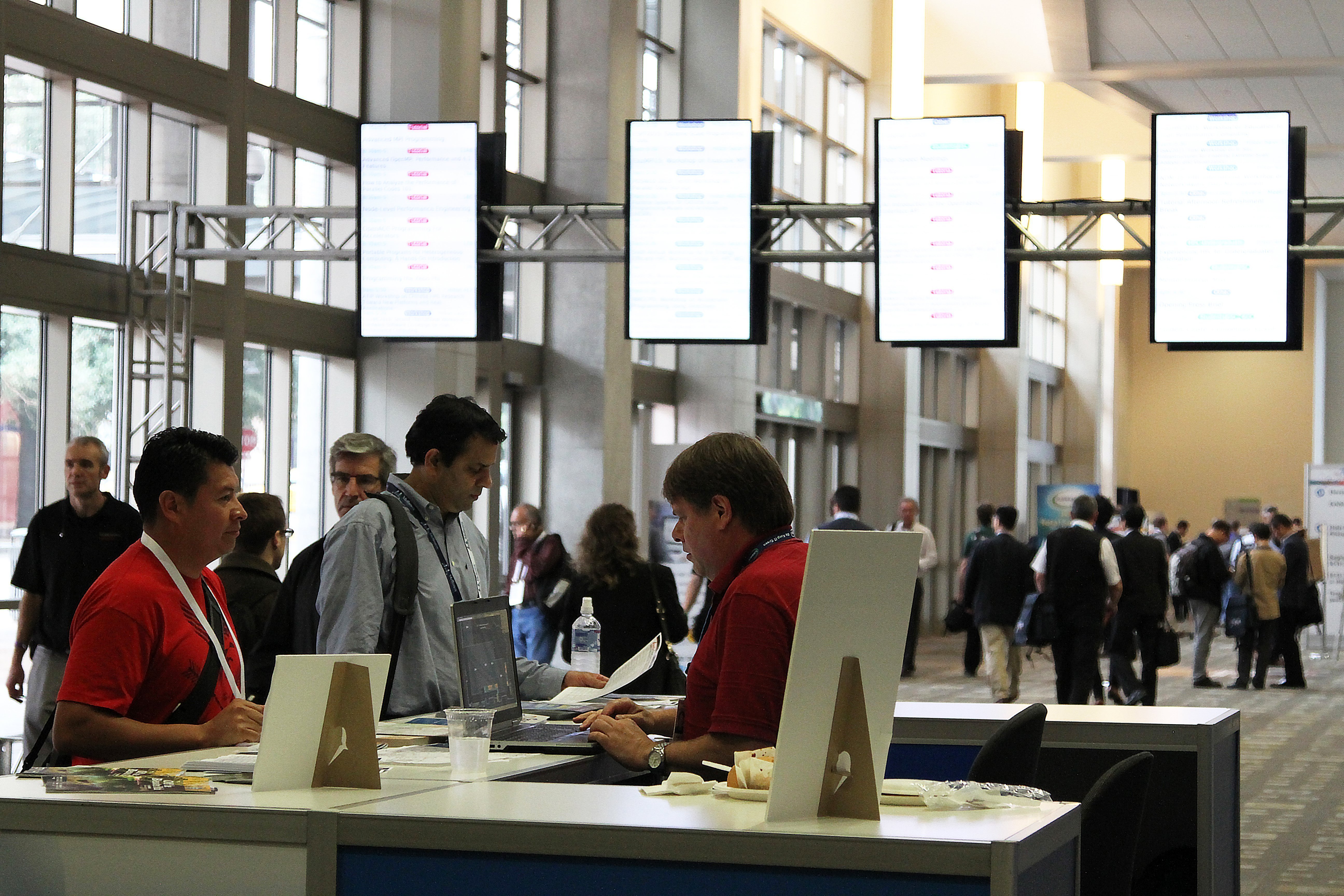 Since the Austin Convention Center is an enterprise city department, they see themselves as a community leader. By prioritizing investments on newer energy and water conserving technologies, they show other similar organizations that upgrading to better technologies will save them money in the long run.

The Austin Convention Center considers itself to be the front door to the capital of Texas. Being a part of the City of Austin makes the venue a home-grown Texas institution. Their operations are intrinsically and adamantly Texan, and they are proud to create and promote new sustainability standards to other City of Austin departmental organizations and beyond. 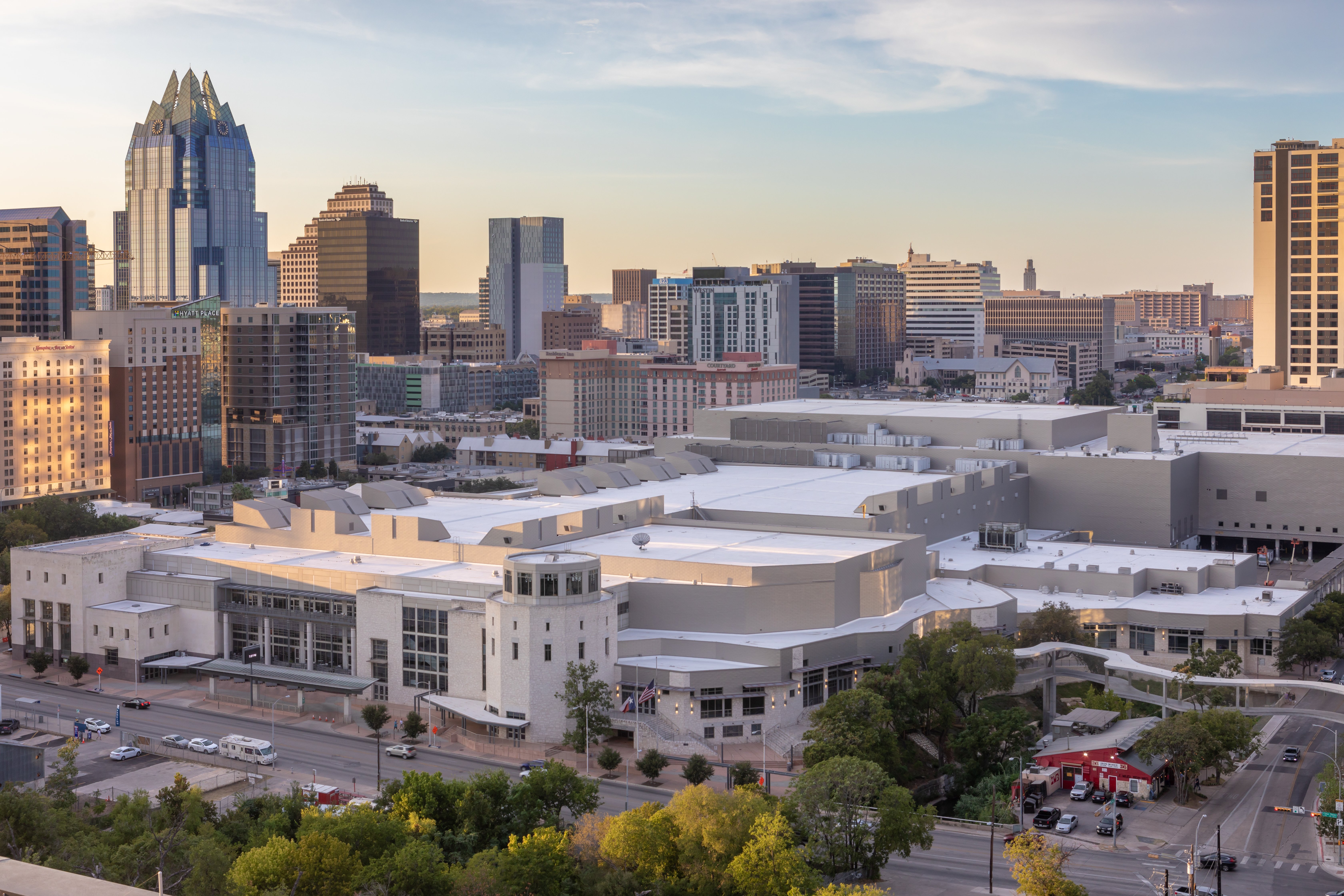 1 HVAC is short for heating, ventilation, and air conditioning. The system is used to provide heating and cooling services to buildings. HVAC systems have become the required industry standard for construction of new buildings.

2 MERV means Minimum Efficiency Reporting Value which was developed by the American Society of Heating, Refrigeration and Air Conditioner Engineers – ASHRAE. MERV values vary from 1 to 16. The higher the MERV value is the value the more efficient the filter will be in trapping airborne particles.

4 LEED®, or Leadership in Energy and Environmental Design, is the most widely used green building rating system in the world. Available for virtually all building, community and home project types, LEED provides a framework to create healthy, highly efficient and cost-saving green buildings.

500,000 guests hosted throughout the year

$54,706 donated by ACC staff to the City of Austin’s Combined-Charities Campaign over five years