Sysco is the global leader in selling, marketing, and distributing food products to restaurants, healthcare and educational facilities, lodging establishments, and other customers who prepare meals away from home. Its family of products also includes equipment and supplies for the foodservice and hospitality industries. With more than 57,000 associates, the Houston headquartered company operates 326 distribution facilities worldwide and serves more than 625,000 customer locations in 90 different countries. Across Sysco’s global operations, the company is tackling big issues like hunger, responsible sourcing, healthier food, animal welfare, and resource conservation. Sysco starts by identifying the most important issues where they can make a difference, innovating new approaches and taking carefully targeted actions to achieve their 2025 goals. From sourcing renewable energy for their operations to working with food suppliers on sustainable agriculture solutions, Sysco is setting the bar for their industry. 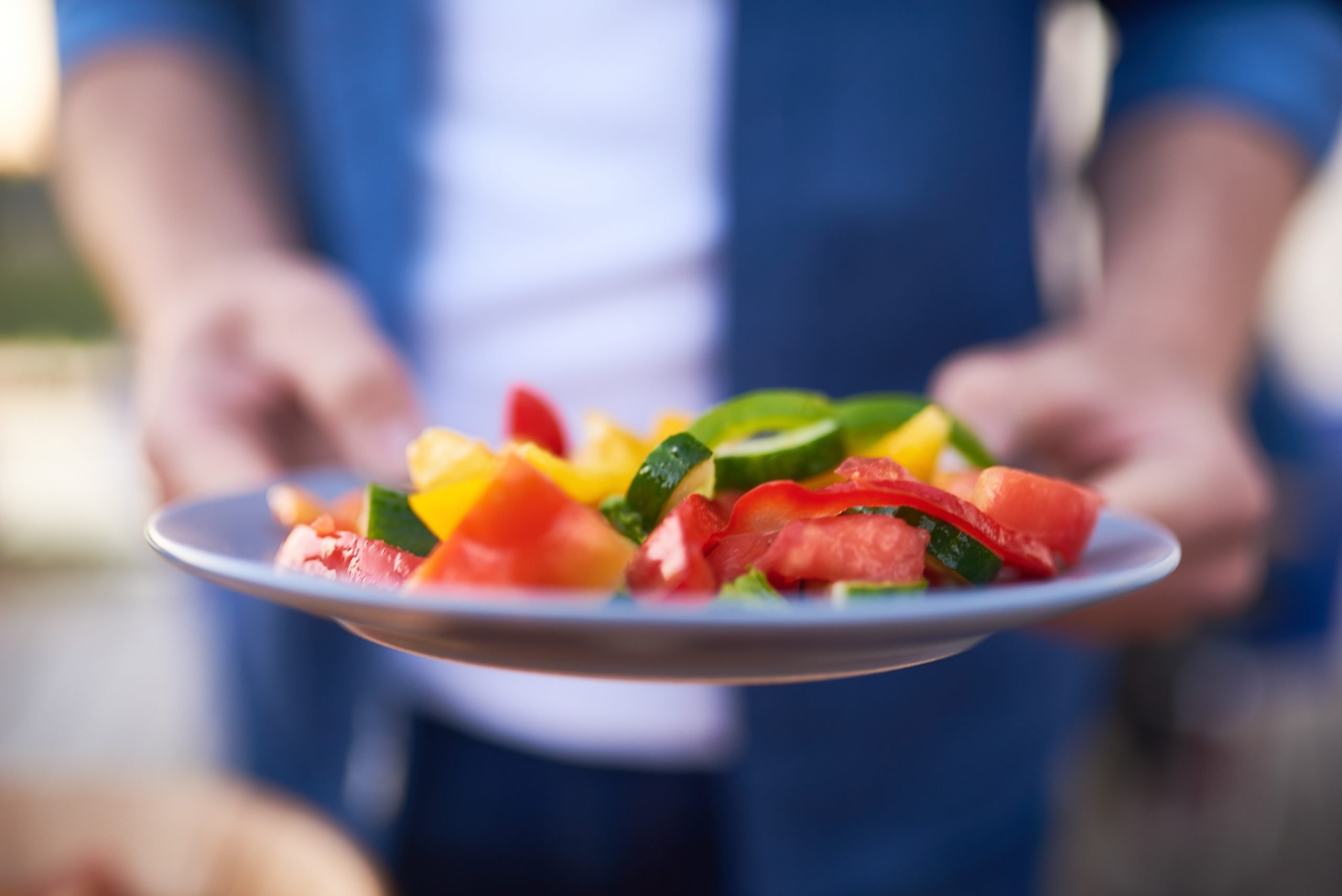 As the global leader in food service distribution, Sysco believes their associates have the experience and qualifications to deliver great ideas. The organization is committed to acting ethically and responsibly to service their customers while producing positive, lasting change.

In 2018, Sysco announced 14 long-term corporate social responsibility (CSR) goals focused on three pillars: People, Product, and Planet. Sysco focuses on meaningful issues, such as responsible sourcing, animal welfare, and resource conservation. These complex topics require a diligent focus on finding systemic solutions and a firm commitment to partnerships. On an ongoing basis, the organization runs pilot projects to identify solutions that they can ultimately scale across the communities where they live and work.

By 2025 Sysco pledges to divert 90% of operations and food waste from landfills, source 20% of electricity from renewable sources, power 20% of the tractor fleet with alternative fuels, and expand their sustainable agriculture program into five fresh crops.

At Sysco, the success of their CSR program relies on their associates, facility operations, and their supplier partnerships around the world keeping Sysco’s customers top of mind.

At each of Sysco’s facilities, they have established “Green Teams” comprised of associates who work to drive the success of their recycling program by ensuring that standard operating procedures are implemented across the organization. The cumulative benefits of the recycling initiative are considerable, including more than 16,300 tons of waste recycled to date. 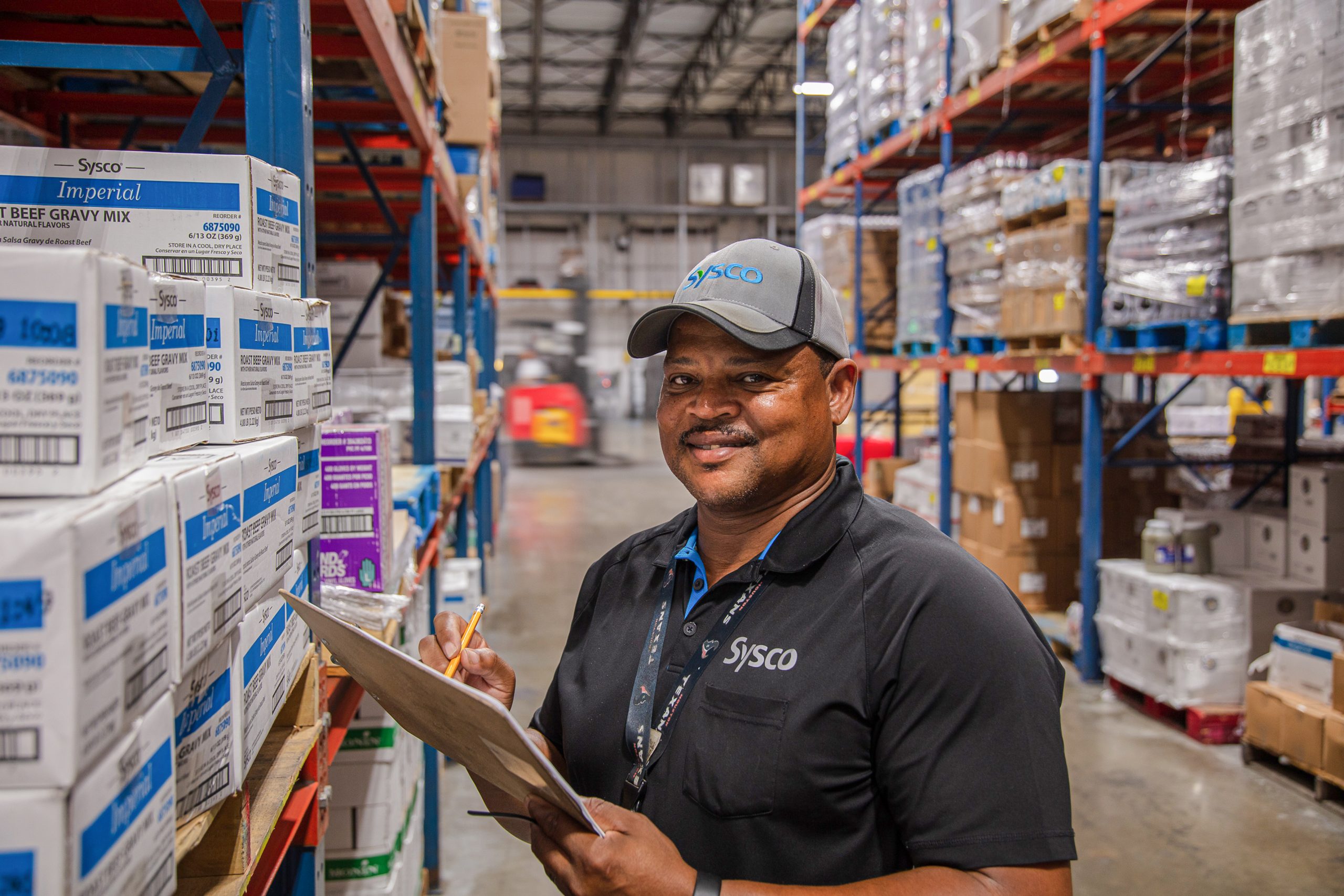 In 2018 Sysco announced a new public renewable energy goal. They evaluated several renewable options in developing a plan to meet their objective of having 20% of Sysco’s global electrical energy consumption generated by renewable sources by 2025. In 2019, Sysco deployed three solar garden sites in the Houston and Dallas areas. Designated as the “Sysco Power Patch” through an associate naming competition, the sites are the first phase of a 25-megawatt, 10-year renewable energy agreement with a subsidiary of NRG Energy, Inc. The three solar garden installations total 224 acres and feature 201,792 solar panels. The project supports the majority of Sysco’s electricity load in Texas, including their corporate headquarters, and generates approximately 10% of Sysco’s U.S. electricity usage — a measure halfway to their 2025 goal. Collectively, the three solar gardens reduce emissions by 37,000 tons annually, the equivalent of removing 7,000 cars from the road.

Sysco’s Energy Management (EM) program has delivered double-digit efficiency improvements. The emphasis on energy efficiency enhancements dates back to 2006, when Sysco launched an EM program. The initiative is focused on optimizing electrical energy usage at the Sysco U.S. Broadline, SYGMA, and redistribution facilities that lie at the heart of their operations. The EM program goes beyond equipment upgrades to also encompass the implementation of more efficient processes. In 2018, Sysco began adding several specialty facilities to the platform, and by the end of Fiscal Year 2019 124 facilities were included in the EM program. It’s an initiative that the company will continue to scale. They calculate that since 2014 the EM program has increased energy efficiency 14.2% across participating locations. In Fiscal Year 2019, Sysco identified nearly 953 emissions-reduction improvements at 30 facilities, representing nearly $850,000 in annual energy savings. Since the inception of the EM program, Sysco calculates that they have avoided $316.5 million in costs over a 13-year period.

Sysco’s largest water usage is from condensers in refrigeration. They have installed technology to capture and recycle condensation from cooling processes at five locations. These systems can conserve and recycle a significant volume of water. At one Houston facility, Sysco has achieved an average reduction in monthly water usage of 23% and conserved 4 million gallons of water in just eight months. They are exploring locations where there may be similar opportunities for water conservation and cost savings.

In Fiscal Year 2019 Sysco moved approximately 1,603 rail boxcars within their North America and Canada distribution network and shipped more than 17,215 intermodal loads. Utilizing rail and intermodal transportation has avoided the use of 4.9 million gallons of fuel and 109 million pounds of carbon emissions.

Additionally, Sysco used the SmartHub load-matching tool in 2019, which allowed them to employ unused truck capacity from other companies instead of contracting with a carrier to move their freight, helping move over 40 trucks full of product from Dallas to Houston. They also piloted a new load optimization software, which helped eliminate the use of over 300 additional trucks for two facilities in Fiscal Year 2019.

Sysco promotes economically viable practices to protect sensitive areas, improve air, water, soil, and wildlife resources, and conserve nonrenewable mineral resources. The company’s Sustainable Agriculture/ Integrated Pest Management (IPM) program encourages restrictions on the use of pesticide and nutrient inputs to only those needed for a successful crop. The initiative promotes waste reduction through recycling and the conservation of energy and water in farming, processing, and distribution. By the end of the 2018 growing season, this included 84 Sysco Brand suppliers of canned and frozen fruit, vegetables, and potatoes. The impact of the IPM program is broad and global, involving 112 processing locations and 9,230 growers of agricultural products worldwide. In crop year 2018, there were nearly 1.1 million acres under cultivation in the program. In the 2018 growing season, Sysco’s suppliers reported avoiding 6.3 million pounds of pesticides by utilizing IPM principles. This included avoidance of nearly 27,000 pounds of pesticides that disrupt pheromone mating of non-beneficial organisms; more than 86,000 pounds avoided through the conservation of beneficial organisms; and more than 550,000 pounds avoided through weather monitoring. Pesticides avoided since the inception of the program 13 years ago now total nearly 41 million pounds. 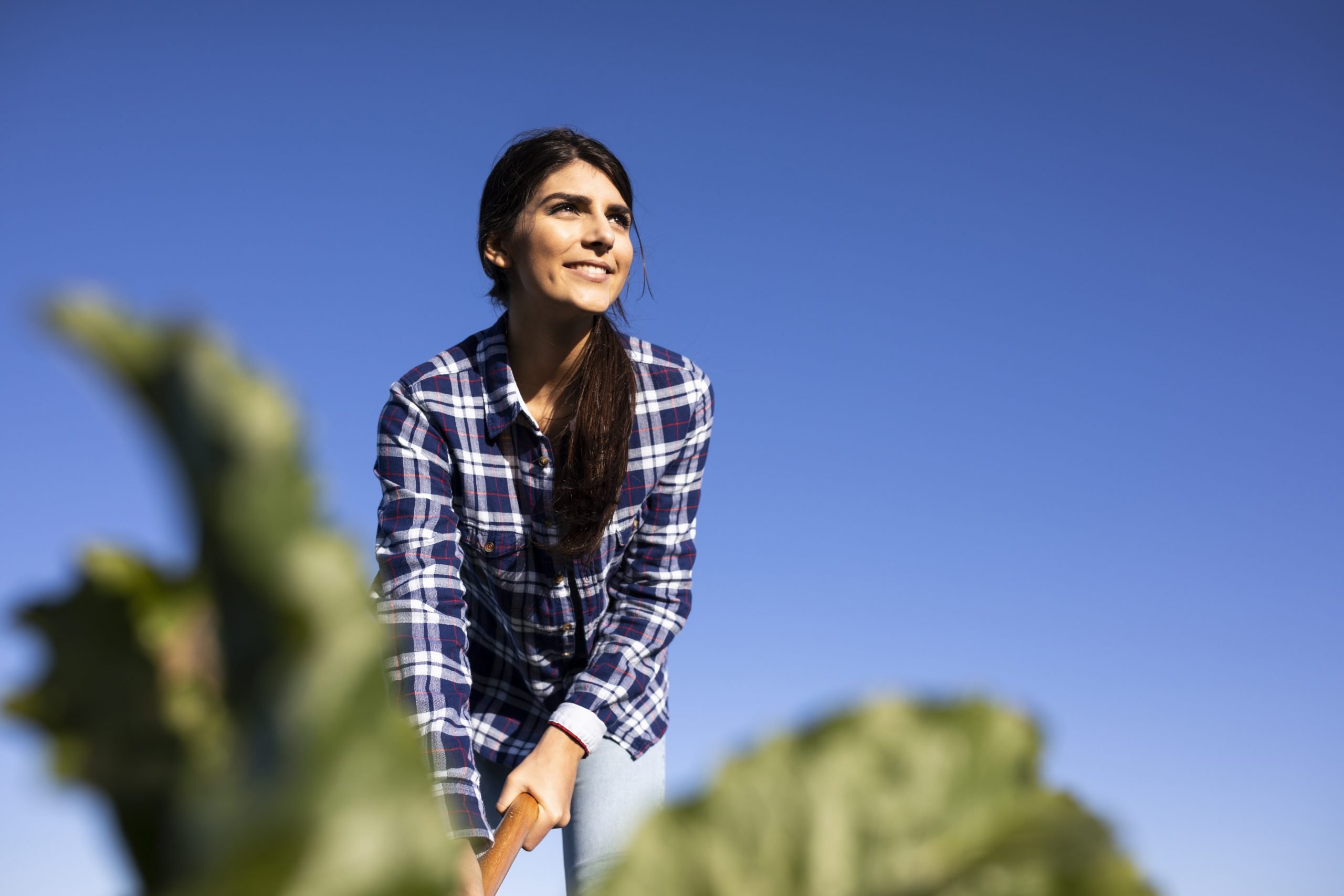 IPM program participants also reported they averted using more than 24 million pounds of chemical fertilizer during the 2018 crop year, thereby decreasing risks of nutrient loss and reducing impacts on surface and groundwater. IPM practices are recognized to improve water quality by reducing negative impacts on the health of local water sources. Recycling and reuse of vegetative waste material is another core IPM strategy. There are several options for beneficial reuse: leaving the material on fields after harvest, returning it to fields after processing, composting it, or utilizing it for animal feed. Each alternative approach diverts material from the waste stream of landfill and wastewater treatment plants. Participants reported reusing more than 1.3 million tons of vegetative resources in the 2018 growing season. Participating suppliers and growers have also reported significant reductions in other waste outputs through recycling. For the 2018 growing season, these suppliers recycled more than 16,500 tons of metal, glass, paper, plastics, and oils.

Sysco’s Houston headquarters is LEED Certified Gold by the U.S. Green Building Council for its environmental performance. Sustainable features include the use of natural light, high-efficiency glass to prevent heat loss and gain, low-energy lighting, more efficient ventilation systems, and a heat reflective roof. Water conservation is achieved through features such as water-saving fixtures in bathrooms and the use of native plants in the landscaping to reduce the need for irrigation. Office waste, including paper, cardboard, aluminum, and plastic, is collected and recycled. 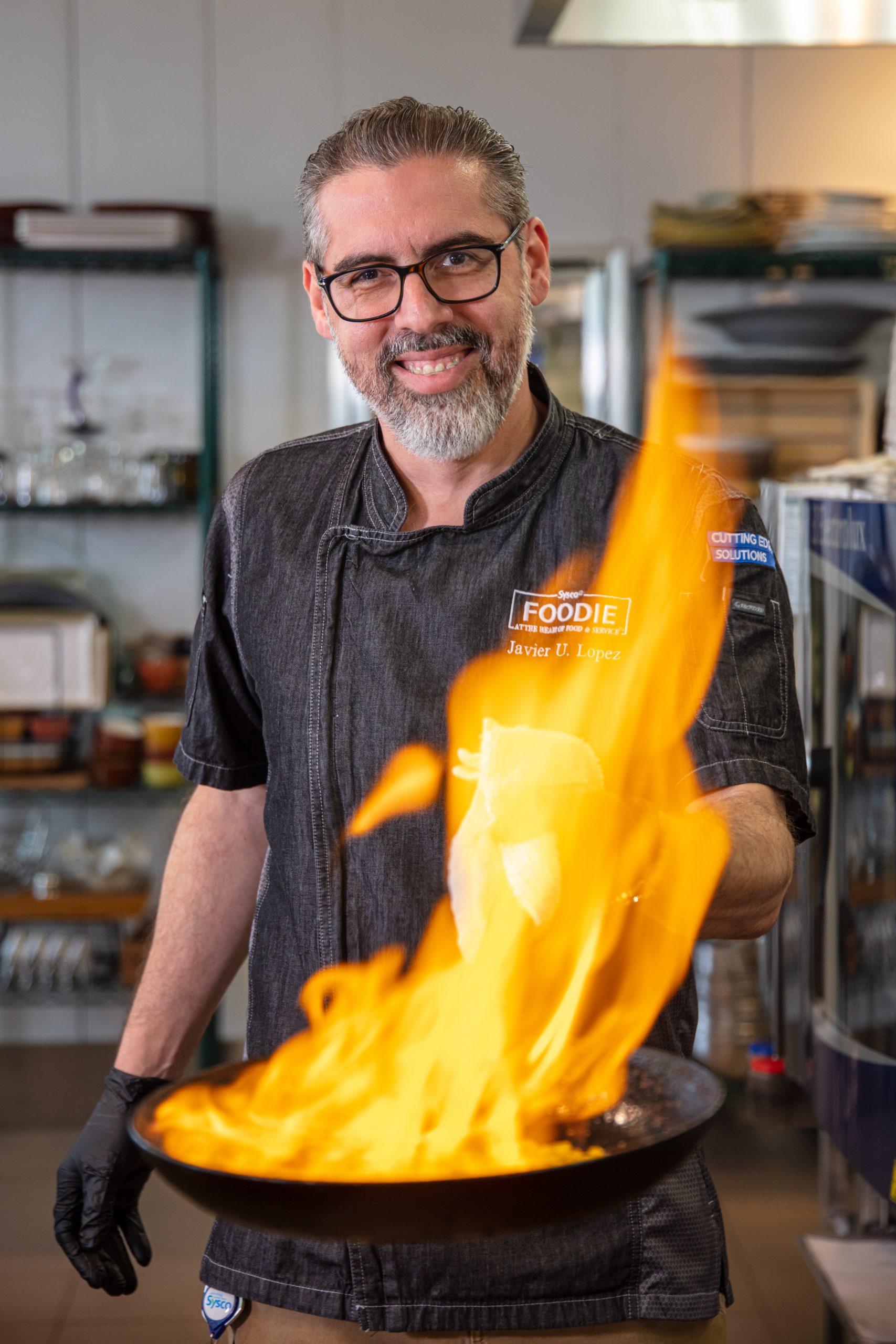 As the future of conservation continues to evolve, it is critical that organizations take a proactive approach to caring and protecting the world’s natural resources for future generations. Sysco will continue delivering on their 2025 goals and contributing to a meaningful and lasting impact. Whether the task is feeding the hungry in communities where they operate, doing more to promote the health and well-being of associates and consumers, taking action to make agriculture more sustainable, or lowering the carbon footprint of their operations, Sysco and their associates are poised to continue leading change in the foodservice industry.

Sysco’s founder John Baugh was a foodservice professional from the start, getting his first job at the local A&P in his hometown of Waco, Texas. In 1946, he and his wife, Eula Mae, founded Zero Foods to distribute frozen foods to restaurants, hotels, hospitals, schools, fast food stores, and grocery chains. In 1969, Baugh and a group of other foodservice companies started Sysco and went public in 1970. There were less than 15 people working at Sysco’s corporate headquarters, originally located in downtown Houston, in 1970. Since Sysco’s inception 50  years ago, the company has grown to over 57,000 associates who join together in Sysco’s shared values (integrity, inclusiveness, excellence, teamwork, responsibility) across the globe to serve their customers while making a difference in the communities they serve.

– LEED or Leadership in Energy and Environmental Design is the most widely used green building rating system in the world.