North Texas is one of the fastest-growing regions in the United States. The population in NTMWD’s service area is expected to double by 2070. This growth requires new water sources and associated infrastructure to support its thriving cities. North Texas Municipal Water District (NTMWD) is a regional wholesale provider of water, wastewater, and solid waste disposal services for approximately 1.8 million North Texans in 80 communities across 10 counties. The district’s team of over 800 employees delivers critical services that people cannot live without across their service area that covers 2,200 square miles. From capturing landfill gases to cleaning water for reuse through constructed wetlands, NTMWD uses innovative approaches to ensure North Texas communities are healthy, prosperous, and have bountiful natural resources for generations to come.

Conservation and water reuse are critical ways NTMWD manages a finite supply of water. Conservation not only helps extend water supplies during Texas droughts, it is also critical to meet future water demands. Since water projects require significant investment to build and take many years to gain approvals and construct, conservation helps stretch existing supplies for the communities that NTMWD serves. In fact, NTMWD is counting on water conservation and reuse to account for nearly one-quarter of its future water supplies. Wastewater reuse is an important component of NTMWD’s long-range water conservation plan. The water district operates the largest indirect wastewater effluent recovery program in Texas, diverting and reusing approximately 20 billion gallons annually.

NTMWD is a statewide leader in education programs for water conservation, promoting water conservation, with a significant focus on educating the public about ways to use water more efficiently. Fifteen years ago, the district championed the first state-wide water awareness program in Texas, which helped reduce annual water use by an estimated 12–15%, saving about 200–400 million gallons of water per day during peak summer months. NTMWD continues this commitment today with multiple education campaigns and by implementing innovative processes for conservation and reuse. 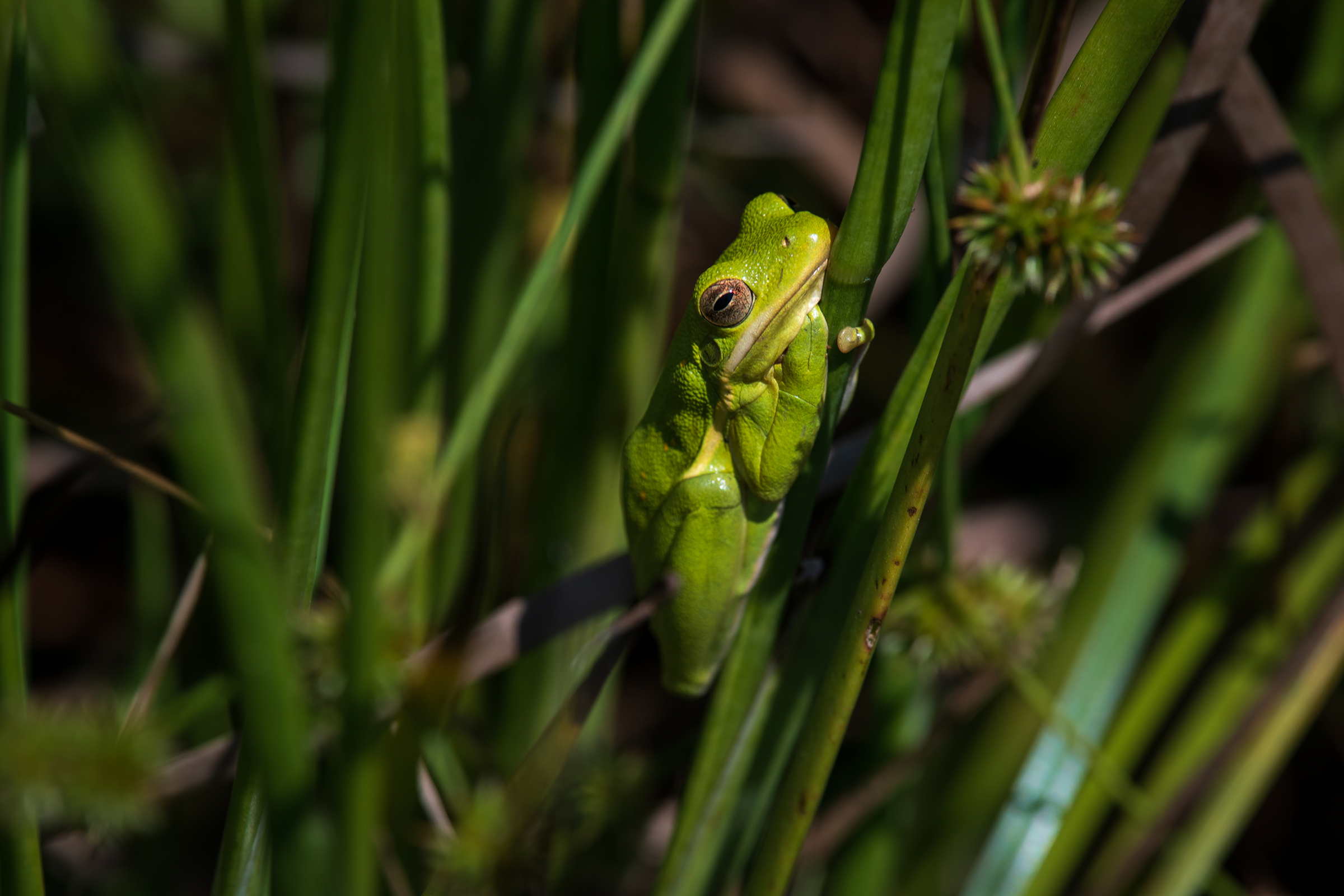 At NTMWD, they practice what they preach. Around the buildings of their Wylie campus, staff used native plants and a minimalist approach in their landscaping. The trend seems to be catching on, even among their employees. Recently, two employees took it upon themselves to add a SmartScape design to dress up the front of their building. Drew McClendon, an ozone instrumentation technician, and Robert Hellner, ozone superintendent, worked together to landscape the front of the north ozone operations building. As the largest fully-ozonated water treatment facility in the country, the north ops building is a frequent stop for visitors to their facility, such as city and state officials and staff, elected officials, water industry professionals, and more.

NTMWD is constructing Bois d’Arc Lake, a 16,641-acre reservoir in Fannin County to supply the water needs of 1.8 million people in North Texas across about 80 communities. The reservoir, water treatment plant, and associated projects represent a total investment of $1.6 billion. To date, the Texas Water Development Board has approved $1.477 billion in low interest financing through the State Water Implementation Fund for Texas (SWIFT) program, which is expected to save NTMWD and those they serve over $244 million in financing costs. Bois d’Arc Lake is the first major reservoir constructed in Texas in nearly 30 years. NTMWD expects to begin providing treated water from the lake in the spring of 2022. RES, a full service mitigation provider, is leading the important mitigation work on this project. Ecological impacts from Bois d’Arc Lake are being mitigated by restoring and enhancing more than 17,000 acres of land, including 70 miles of streams, approximately 14,000 acres of wetlands, native grasslands and forests, and planting approximately five million trees. This mitigation work is taking place at two sites, Riverby Ranch and the Upper Bois d’Arc Creek. The Upper Bois d’Arc Creek site is immediately adjacent to Bois d’Arc Lake. Riverby Ranch is located in the same watershed about seven miles downstream from the reservoir and is located immediately adjacent to Bois d’Arc Creek.

So far RES has documented 152 species of plants, 154 species of birds, 11 species of mammals, and 9 species of reptiles and amphibians in the mitigation area. RES will continue to maintain, measure, and monitor the success of this mitigation for up to 20 years after it is complete or until it meets the regulatory permit requirements. 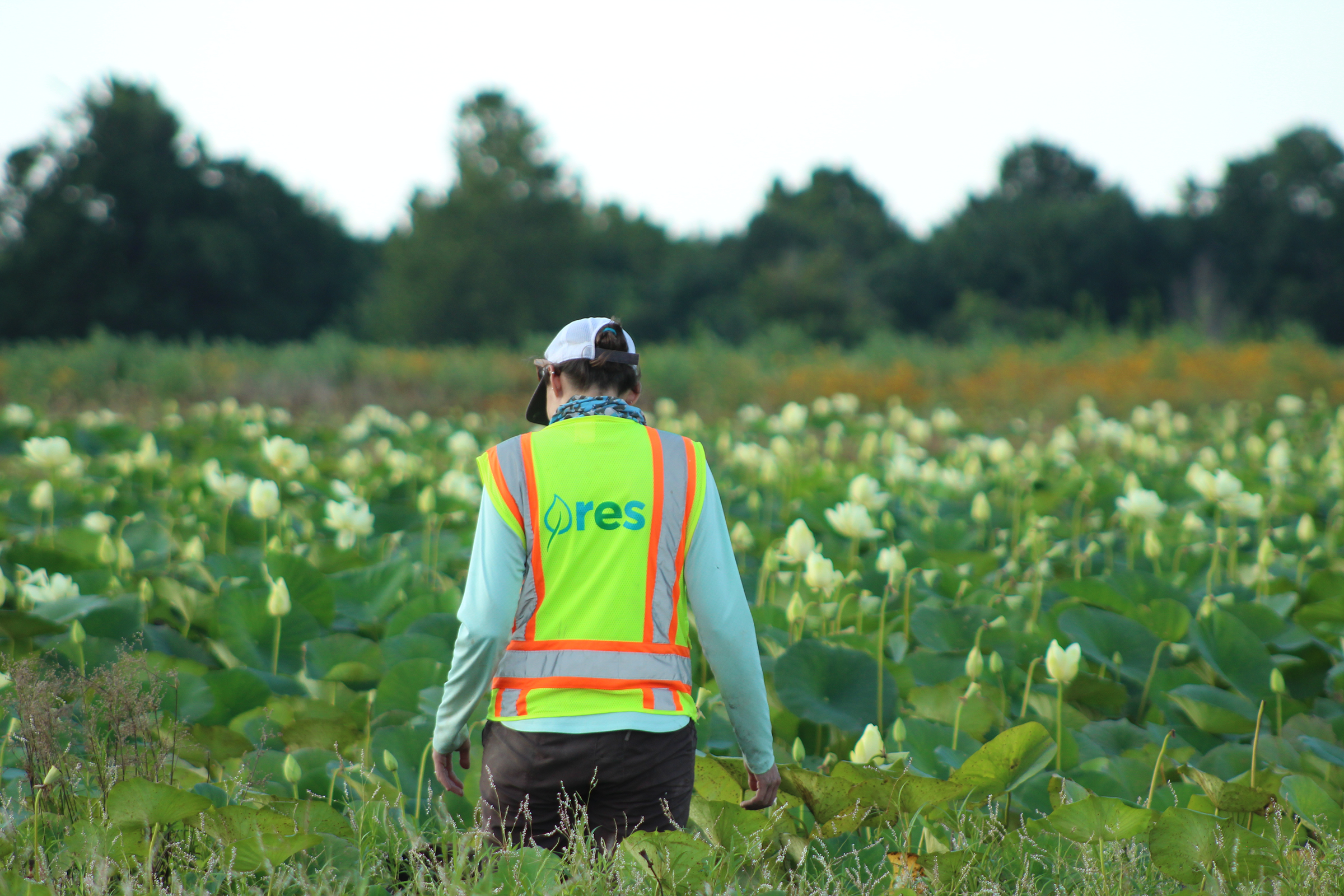 Wastewater reuse is an important component of NTMWD’s long-range water conservation plan. NTMWD operates the largest indirect wastewater effluent recovery program in Texas, diverting and retreating more than 20 billion gallons annually. Like most wastewater service providers, NTMWD treats wastewater to meet or exceed quality standards and return it to rivers, streams, and other waterways. The treated wastewater return flows, or effluent, blend with other supplies which can all be used again by other communities downstream. This is a way of indirectly reusing the water. For example, each day, NTMWD pumps an average of 52 million gallons of treated effluent from the Wilson Creek Regional Wastewater Treatment Plant to Lavon Lake, providing the district with additional water supply for the growing North Texas region.

NTMWD uses innovative technology for water reuse, in addition to using valuable water reuse services from nature through constructed wetlands. Operating since 2009, the East Fork Water Reuse Project in Seagoville is the largest man-made wetland in the U.S. and helps extend NTMWD’s existing water supplies. With the help of Plummer, construction began on a 1,840-acre project in 2004. The wetland, also known as the East Fork Raw Water Supply Project and the East Fork Wetlands Project, essentially acts as a large-scale recycling project, filtering water naturally from the East Fork and main stem of the Trinity River before it is returned to blend with other water supplies for future treatment and use. The aquatic plants and sunlight are very effective as they naturally filter the water, removing sediment, heavy metals, and other pollutants. This natural process removes about 95% of sediment, 80% of nitrogen, and 65% of phosphorus. After being cleansed by the wetlands, the water is pumped through a 42-mile pipeline back to Lavon Lake, where it is blended and stored until it is sent to the Wylie Water Treatment Plant for treatment as drinking water. In 2019, more than 5 billion gallons of water were treated in the wetlands for reuse. In June of 2020, NTMWD completed the Trinity River Main Stem Pump Station and Pipeline project to divert up to 100 million gallons of water per day from the main stem of the Trinity River to the wetlands. Additionally, these wetlands provide critical habitat for wildlife, including migratory waterfowl, with over 250 avian species being documented so far.

Located in the middle of the East Fork Water Reuse Project and the 1,200-acre Bunker Sands Mitigation Bank, the John Bunker Sands Wetland Center provides education and research opportunities pertaining to water conservation, wetland systems, and wildlife management. The Center serves as the hub of environmental and social interest of man-made wetland habitats on the Rosewood Seagoville Ranch property. The Wetland Center’s programs reach approximately 3,000 students in grades K through 12 each year as they participate in various educational activities at the wetland.

The John Bunker Sands Wetland Center is home to many wildlife species, with the most famous being a family of bald eagles. Once listed as endangered, the bald eagle is a majestic predatory bird not often seen in the North Texas region. The mating pair that lives in the wetlands is usually visible from October through July when they are nesting. The eagles gained widespread attention in 2014 when their 200-pound nest was relocated to move it away from a dangerous high-voltage line. With the help of Oncor, Falcon Steel, and the Chapman Group, the eagles now have their own steel tower to call home.

The most environmentally sound approach to managing municipal solid waste is to reduce or reuse where possible, recycle or compost, and dispose of waste in landfills only when needed. In 2019, NTMWD diverted about 50,000 tons of yard waste from the landfill to their composting facility.

Additionally, NTMWD teamed with a landfill gas developer who recently completed construction of a gas-to-energy plant at the 121 Regional Disposal Facility in Melissa, Texas. The plant, operated by Morrow Renewables, harvests the gas produced by the landfill and cleans it to methane (renewable natural gas) for energy production and other beneficial use. The sale of the natural gas helps offset the operating cost of the landfill. Landfill gas is a complex mixture of gases, but methane makes up the largest portion. EPA regulations for greenhouse gases require landfills to flare captured landfill gas or capture the methane to prevent it from being released into the atmosphere. This is a requirement because methane is 26 times more harmful to the environment than carbon dioxide (CO2). NTMWD is currently harvesting enough methane to equal the CO2 emissions of 73.7 million gallons of gasoline (consumed annually) or 1.5 million barrels of oil (consumed annually) or 771,000 acres of forest.

NTMWD must plan for and build the necessary water, wastewater, and solid waste infrastructure for their growing communities to continue to thrive – conservation and water reuse are a critical part of their long-term water supply strategy. In 1956, in their first year of service, NTMWD provided water to 32,000 people. Today, they provide water services to 1.8 million people, and projections show that number increasing to 3.7 million by the year 2070. It’s not just water, NTMWD also provides vital wastewater and solid waste services to the growing population. At the close of Fiscal Year 2019, NTMWD was actively working on 78 projects (valued over $1M) requiring an investment of more than $2 billion — the highest level in the 60-year history of the District. Replacing, maintaining, addressing regulatory changes, and expanding their water, wastewater and solid waste systems are the key drivers in determining their annual budget.

For example, to effectively and proactively meet future regional needs, NTMWD has begun preparations for the Sister Grove Regional Water Resource Recovery Facility (RWRRF) to be located just north of the town of New Hope. As NTMWD works to plan and build the infrastructure needed to serve their fast-growing region, they’re looking for all possible ways to manage costs for the people they serve. On February 27, 2020, the Texas Water Development Board (TWDB) approved $459 million in low-interest state funding for the Sister Grove RWRRF. The TWDB Clean Water State Revolving Fund Program financing is anticipated to save NTMWD and its ratepayers more than $160 million in interest costs on this project.

The Texas Legislature established NTMWD in 1951 after a group of community leaders from the District’s original 10 member cities joined together out of concern for dwindling water supplies. Today, NTMWD serves some of the fastest-growing cities in the nation and provides essential water, wastewater and solid waste disposal services to 1.8 million residents across 10 counties in the North Texas region. NTMWD employees live and work in North Texas and they are proud to serve their fellow Texans.

Learn more about NTMWD’s water reuse and conservation efforts in their annual report.